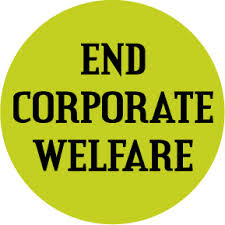 In case there are still one or two New Zealanders remaining who haven’t yet cottoned on to one very simple truism about National in office, let me spell it out; they are rank hypocites of the highest order.

And in case you, the reader, happen to be a true-blue National supporter, let me explain why.

In the last four years, National has been beavering away,

In return, the Nats successfuly bribed us with our own money, giving us tax-cuts in 2009 and 2010. (Tax cuts which, later, were revealed not to be as affordable as what Dear Leader Key and Little Leader English made out – see:  Key: $30b deficit won’t stop Nats tax cuts, see: Government’s 2010 tax cuts costing $2 billion and counting)

One such denial of funding for public services is an on-going dispute between PHARMAC and the New Zealand Organisation for Rare Disorders (NZORD) which is struggling  desperately to obtain funding for rare disorders such as Pompe’s Disease,

Acknowledgement: Fairfax Media – Mum not prepared to wait and die

NZORD and it’s members have been lobbying National for the last four years to gain funding for much-needed medication. They are in a dire situation – this is a matter of life or death for them.

This blogger has also  written directly  to the Prime Minister and to Health Minister, Tony Ryall.

One response from Minister Ryall is presented here, for the reader’s attention,

So there we have it, folks. If you’re a New Zealander dying from a rare disease, and PHARMAC won’t fund life-saving medication – don’t expect an assistance from this rotten government. Their response will be, and I quote,

“While I share your concern [snort!!!]  for people with Pompe disease, as I advised you in my letter of 22 November 2012, in the current fiscal environment, unfortunately funding is not available for all treatments.”

So “in the current fiscal environment, unfortunately funding is not available for all treatments“?!

But funding is available for;

And on top of that, we are now faced with the prospect of a trans-national corporate – Rio Tinto – with their hands firmly around Meridian Energy’s neck, attempting to extract a greater subsidy from the SOE powerco. The story began in August last year,

We know why. Despite implausible assertions to the contrary by National Ministers, Genesis Energy, and Rio Tinto executives – the partial sale of SOE powercos (Meridian, Genesis, and Mighty River Power) have made them vulnerable to the demands of Big Businesses.

Rio Tinto  knows that the share price of each SOE will be predicated on marketplace demand for shares.

They know that if there is less demand for electricity, then the price of power may (note: may) drop; those SOE’s profits will drop; and the price of shares will drop.

That leaves shareholders out of pocket and National with egg on it’s face. And a whole bunch of  Very Pissed Off Voters/Shareholders.

This is precisely what is happening with Rio Tinto, Meridian, and National.

In the space of six and a half hours yesterday (28 March 2013),  events came to a dramatic head. The following happened in one day:

Via a Press Release from Merdian Energy;

Since talks began, various options have been discussed and Meridian has offered a number of changes and concessions to the existing contract.

“Despite significant effort by both parties there remains a major gap between us on a number of issues, such that we believe that it is unlikely a new agreement can be reached with Pacific Aluminium,” says Mr Binns.

In the event no agreement can be reached, Meridian will seek to engage with Rio Tinto and Sumitomo Chemical Company Ltd, the shareholders of NZAS, who will ultimately decide on the future of the smelter.

Meridian signed a new contract with NZAS in 2007, after three years of negotiations. This current contract commenced on 1 January 2013 and remains unaltered and binding on the parties.” – Source

To which Rio Tinto replied,

In a NZ Herald story,

“We believe a commercial agreement that is in the best interests of NZAS, Meridian, the New Zealand Government, and the people of Southland can be reached. We look forward to continuing productive negotiations with a view to achieving a positive outcome for all parties.” – Source

De-coding: “This ain’t over till the Fat Chick sings, and she’s nowhere to be seen. You guys better start hearing what we’re saying or this is going to turn to sh*t real fast; we’ll close our operations at Bluff; 3,200 people employed by us directly or  indirectly will be told ‘Don’t Come Monday’;  your Southland economy will collapse like a Cyprus bank, and National can kiss goodbye to it’s re-election in 2014. Ya got that, sunshine?”

That got the attention of National’s ministers Real Quick,

The Government has opened discussions with Tiwai Point aluminium smelter’s ultimate owners Rio Tinto in a bid to broker a deal after talks between the smelter and Meridian Energy reportedly broke down.

“With this in mind, the Government has been in contact with Pacific Aluminium’s international parent company Rio Tinto this week to discuss helping to bridge the gap in their positions over the short to medium term, if this could be of assistance in concluding an agreement.

“In the meantime, we understand Meridian’s existing contract with Pacific Aluminium remains in place at least until 1 January 2016 with significant financial and other obligations beyond that.” – Source

Barely two hours had passed since Meridian had lobbed a live grenade into National’s state asset sale programme, and it’s fair to say that the Ninth Floor of the Beehive was in a state of panic. It was ‘battle stations’. Red Alert. National ministers were, shall we say, slightly flustered,

By noon, the markets were reacting. Though share-market analysts were attempting to down-play the so-called  ‘Phoney War’ between Meridian and Rio Tinto, Devon Funds Management analyst, Phillip Anderson, remarked that,

“…the announcement had hit Contact’s share price – the company was down 3 per cent in early trading but is now down only 1.2 per cent.” – Source

If Contact’s (a fully privatised ex-SOE) share price had dropped 3% on the strength of these media stories, it is little wonder that share-market analysts were down-playing the brinkmanship being played out by Meridian and Rio Tinto. If the share-market was spooked enough, Contact’s share price would plummet, as would that of Mighty River Power – estimated to be in the $2.36 and $2.75 price-range. (see:  Mighty River share tips $2.36 to $2.75).

In which case, National would be floating shares worth only a fraction of what ministers were seeking. In effect, if Rio Tinto closed down operations, Key could kiss goodbye to the partial sale of energy SOEs. They would be worthless to investors.

By 3.43pm, and six and a half hours since Meridian’s press release, National had negotiated some kind secret deal with Rio Tinto.  We don’t know the terms of the deal because though it is our money, National ministers don’t think we have a right to the information,

The Government is negotiating a new taxpayer-funded subsidy with Tiwai Point aluminium smelter’s owners and has all but acknowledged its assets sales programme is being used by them to get a better deal on power prices.

State Owned Enterprises Minster Tony Ryall this morning said the Government has opened discussions with the smelter’s ultimate owners global mining giant Rio Tinto in a bid to broker a deal over a variation to the existing electricity contract.

“With this in mind, the Government has been in contact with Pacific Aluminium’s international parent company Rio Tinto this week to discuss helping to bridge the gap in their positions over the short to medium term, if this could be of assistance in concluding an agreement.”

Mr Ryall indicated the Government had offered Rio Tinto “a modest amount of money to try and help bridge that gap in the short to medium term but there’s still a very big gap in the long term… We’re not interested in subsidising this business in the long term”. – Source

…”they certainly haven’t got the Government over a barrel.”

Perhaps the most asinine comment from Ryall was this, as reported by TVNZ,

“The electricity market is capable of dealing with all the issues relating to the smelter,” said Ryall.

Really?! In what way is “the electricity market … capable of dealing with all the issues relating to the smelter” when the government has to step in with what could be millions of dollars worth of subsidies? Is that how “the market” works?!

This blogger has two further questions to put to Minister Ryall. Both of which have been emailed to him,

I am in receipt  of your emailed letter to me, dated 5 December 2012, regarding the non-funding of certain medications for sufferers of Pompe Disease. Firstly, thank you for taking the time to respond to this issue in a thorough and timely way. Several of your other ministerial colleagues seem to lack that simple etiquette.

I note that, as Minister of SOEs, you have been in direct negotiations with Rio Rinto, and have offered the company subsidised electricity for the  “short to medium term”.

This will no doubt cost the taxpayer several millions (hundreds of millions?) of dollars.

If  National is able to provide such largesse to a multi-national corporation, please advise me as to the following;

1. Why is the same subsidy for cheaper electricity not offered to ALL New Zealanders? Or even those on low-fixed incomes? Why provide a multi-million dollar subsidy just to a billion-dollar corporation when New Zealanders could do with a similar cut in their power bills?

“While I share your concern  for people with Pompe disease, as I advised you in my letter of 22 November 2012, in the current fiscal environment, unfortunately funding is not available for all treatments.”

If National has millions of dollars available to subsidise multi-national corporations, them obviously your statement on 5 December 2012 that “in the current fiscal environment, unfortunately funding is not available for all treatments” – is simply not credible.

It is obvious that your government can find money when it wants to. This applies to Rugby World Cup funding, consultants, movie-making subsidies, etc.

As such, I hope you are able to find the necessary funding for medication for people suffering rare disorders.

PS: Please note that this issue will be canvassed further on the blogsite, The Daily Blog.

Which ‘hat’ will Tony Ryall be wearing today?

And will he find the necessary funding to save the lives of sick New Zealanders?