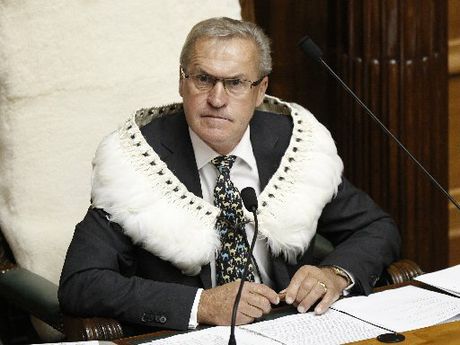 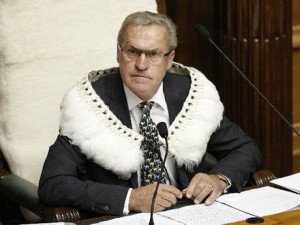 Mallard & Hipkins have just been kicked out of Parliament for trying to get answers by points of order.

I have watched David Carter take on the role of Speaker with a terrible gnawing horror that this sanctimonious flake has been allowed to rise so high within our system.

Sweet Christ, Tau Henare would have been a thousand times better.

After the golden reign of Lockwood Smith who did the unthinkable, actually hold the Government to account by forcing them to answer questions, Carter’s reluctant ascendence gave no comfort whatsoever.

Carter admits being an unbiased Speaker ‘a big ask’
National’s David Carter admits it will be “a big ask” to be non-partisan as Speaker but says it was a critical part of being the Speaker and he would give it all he had.

… Carter’s bullshit ruling that Ministers could give 3 flippant answers and then that’s it, move onto the next question makes Parliament an absolute farce.

The Speaker’s job is to help the minority hold the majority to account – Carter is actively undermining that, today’s debacle is a hideous day for NZ democracy.

The Opposition should just get up and walk out when he does this again. Allowing Carter to get away with protecting the Government enables, Labour and the Greens should show they are better than that and walk out.

If Carter is going to be this biased, participating in question time is the wrong thing to do. Opposition politicians should walk from the chamber straight to the steps of Parliament and protest Carter’s appalling rulings.

Carter. Is. The. Worst. Speaker. Ever. No question.