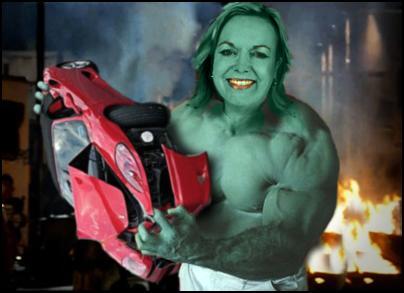 Judith Collins is a disciple of the gospel of neoliberalism: a worshipper at the altar of cost-savings. It’s no surprise then that she’s introduced the Family Court Proceedings Reform Bill, a response to a Court that has seen “its costs greatly increase”. Critics have ripped the bill with “family lawyers, welfare agencies and community organisations slamm(ing) the bill as a cost-saving scheme that will cause vulnerable families and children to suffer”.

The bill is marketed as “creat(ing) a modern, accessible family justice system that is more focused on the needs of children and vulnerable people”. Innocuous enough, but beneath the spin is a worrying attack on the family.

Significant changes will be made to the Care of Children Act, the Domestic Violence Act, the Family Courts Act and others. One of the centrepieces of the new bill is Family Dispute Resolution (FDR). Before an application can be made to the Court, families will be required to undertake an FDR session(s) – without legal representation and bearing the $900 cost.

In effect, FDR will legislate poor families out of the Family Court process. There are indications that poor families will have the cost “subsidised”, but that doesn’t properly mitigate the imbalance between families that have and families that have not. The user pay principle should apply for commercial and non-essential services, but family law is different: it’s in the interest of society and the community to see family disputes settled. The downstream effects of family breakdown are well known. Given that, the government should be removing barriers to resolution, not building them.

The burden of bearing the cost will fall disproportionately on Maori. Maori make up 25% of care of children cases (which FDR will apply to), 19% of family proceedings and 37% of CYFS cases.* Add to that, there’s no recognition of tikanga Maori and no one’s actually sure what an FDR means. The nature of an FDR and the providers will be specified in regulation. That’s poor Parliamentary practice and an unnecessary derogation to the executive.

In a written submission to the select committee, family law expert Professor Bill Atkin labelled the bill “retrogressive” and argued that it risks leaving people “unprotected and left to their own devices”.** Family law must aim to protect the vulnerable (i.e. reduce inequalities) and the paramount consideration should be the wellbeing of the child or children. The current bill doesn’t do that.

At clause 7 the bill holds that a lawyer for the child can only be appointed if the Court has “concerns” for the safety and wellbeing of the child and if the Court considers a lawyer “necessary”. It’s a two-step test, but surely any case that reaches a hearing is – by definition – concerning and dangerous to the safety and wellbeing of the child. Under the previous section children were entitled to a lawyer if they were subject to or a party to any proceedings. The change is an attempt to reduce legal fees, but it sacrifices the interests of children. That’s not what family law is about.

One of most worrying clauses is 7A – the role of lawyers. The clause limits the situations in where parties are entitled to legal representation. The aim is to reduce costs by keeping lawyers out of the Court. The Family Court Advisory Group notes that the effect is to “entrench” the “power imbalance between parties”. Legal representation helps correct power imbalance (i.e. inequalities). If parties have to represent themselves, the Court process favours those in positions of power. Power in the formal sense, think an educated party versus an uneducated party, and the informal sense, think a violent husband as one party versus an abused wife as the other party. Without legal representation, there is gross inequality. Inequality that, I think, will effect women disproportionately. After all, the Court can feel and operate like a boys’ club.

The changes I’ve outlined barely scratch the surface. Submitters have slammed the bill and various groups have ripped on it in the media. The government’s changes are, in essence, going to increase inequality and unfairness in the system. Pauline Tapp and Nicole Taylor were right to argue that:

Restricting the role of the family justice system to a narrow, technical focus is contrary to the research evidence”**

New Zealand’s family law system is internationally respected. However, the government is prepared to chuck the baby out with the bath water after worshipping and having an epiphany at the altar of cost-saving.

**Written submissions are not online yet