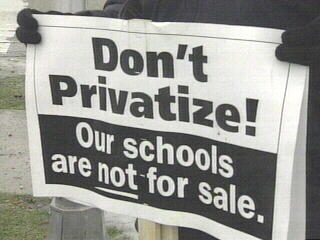 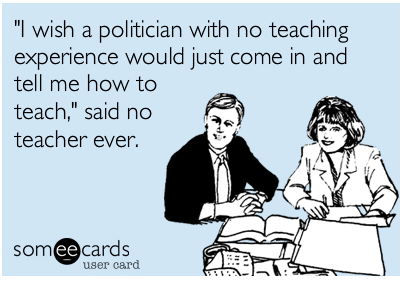 To no-one’s surprise the Ombudsman has found that John Banks, the ‘official’ champion of charter schools (yeah, right – another story), had withheld information without valid reason, including:

‘Charter schools would get money for set up costs and property funding that their private-sector backers would be able to keep if a school folded.’

Excuse me? Overseas corporates will get paid to set up regimes to enable them to take profits from New Zealand children? Risk free and taxpayer funded? Warner Bros deal, with added extras? Heard of the Robertson Foundation?

“The Robertson Foundation is one of the new breed of so-called ‘philanthrocapitalists’, private sector investment funds and trusts that view charity not as altruistic giving, but as just another  business investment opportunity to influence government policy and the delivery of public education. And, to do so by lobbying behind closed doors, completely outside the democratic process.’ (John Minto)

Ring any bells for you?

However the underlying issue isn’t so much as charter schools and shady deals, but the government’s overall education agenda.

There is no problem with New Zealand education, other than those imposed by politicians and the unseen influences behind them.

There wasn’t any problem with New Zealand education in 1987 either, but then, as now, problems were created – a standard disaster capitalism technique, through using or creating a ‘crisis’ to justify privatisation.

National standards have been, and still are, the government’s trump card in justifying ‘reform.’

It is vital to their agenda that these standards are manipulated to show two things: New Zealand schools have been failing to lift ‘achievement’ and that National’s policies since 2009 have started to address this.

Over the last few months a disturbing trend has become apparent. In order to explain this, it is first necessary to review the national standards processes that are in presently in place – apologies if the next section gets technical.

Readers may not be aware that back in 1999, the then Minister of Education, Nick Smith, had signaled, in a never-to-be forgotten and truly mind boggling rant at the NZEI Annual Meeting, that national testing would be developed should National win the 1999 election. Seems a mother he met at the local market had complained about not knowing how her kids were doing at school…

Since National lost the election, we were spared the testing regime, only for a variation to reappear in 2009. Same agenda, different delivery.

This variation chose to establish ‘national standards’ of achievement in literacy and numeracy for all public school children commencing from the end of the first three years of schooling, and for each level from year 4 onwards. It is has never been explained why these have been deemed as not necessary for private schools and now charter schools.

The very short time frame for the development of national standards, combined with their dubious educational value, resulted in considerable fall out in the Ministry of Education. This led to the departures of many of the key people behind the development of the New Zealand Curriculum, and, presumably, their replacement by more compliant staff.

Recent news about problems within the Ministry is not surprising. Guess there’s a price to pay for demanding adherence to politically imposed and educationally suspect policies.

Given the decision not to test children, the government chose to require all classroom teachers to ‘assess’ each child’s achievement against relevant standards using their ‘overall teacher judgement,’ (OTJ) based on evidence collected over the year, and comparing this with published exemplars – a very time consuming process. This process was not based on research evidence and has resulted in ‘square peg in round hole’ syndrome that has left New Zealand and international assessment experts rather bemused.

This syndrome has resulted in two predictable problems:

Problem number one: teachers are required to use their judgement (a necessarily subjective process) to rate each child’s achievement for reporting purposes.

This leaves us to the conundrum that teachers have to use a subjective judgement to get an objective outcome.

Problem number two: Since teacher judgements are subjective, then it is necessary for there to be a moderation process, so teachers of similarly aged children in the same school establish some level of consistency with their judgements. Several meetings needed.

So far, so good, and in fact these kind of moderation processes have been used in schools for many years, although not overburdened by sheer volume of national standards.

But….. while teachers of similar class levels can relatively easily moderate judgements, there also has to be moderation with teachers of older and younger classes, so that there is internal consistency throughout the school. More meetings.

Whew, after many meetings, reviewing judgements in reading, writing and mathematics, each school should now be satisfied that the national standards rankings for all children are ‘accurate.’

Not so fast – how can each school be certain that their internal rankings are consistent with neighboring schools? Or with schools across the country, in city or rural areas? The impossibility of nationally moderated should be obvious to all but the ideologically blind.

Or is this the case? Are these ideologues really blind to the problems?

How have schools tended to cope with the challenges, both with workload, and with moderation?

Many/most have fallen back to pre-existing tests, developed for diagnostic, not ranking purposes, but which do provide a basis for national comparisons.

STAR (Supplementary Test of Achievement in Reading) was developed by the New Zealand Council for Educational Research (NZCER) over a decade ago, and has recently been upgraded.

Another test, e-asTTle (electronic – assessment Tools for Teaching and Learning – an acronym that helps explain dazed looks in teachers’ eyes) is more recent, and provides for online assessment of reading, writing and mathematics.

Future articles will explore the implications of online assessment and link this to some very worrying developments in USA.

The third test, still widely used, is one familiar to many who have long left primary schooling – the Progressive Achievement Tests (P.A.T.).

This now means that a national test program is developing by default as schools strive to be as accurate and fair as possible with the assessments of all children’s achievement, and as an inevitable response to workload issues. Teachers don’t have time to spend hours on OTJs and moderation meetings, preferring to put their efforts into planning and teaching. Fair enough.

There’s a very big BUT here. Towards the end of 2012 schools found that their students’ nationally benchmarked scores on these tests had mysteriously jumped, so that the bulk of children were now achieving relevant national standards. A principal of a lower decile school has suddenly found that the majority of his school’s pupils were now at the national standards in reading according to STAR results.

Two possible reasons for this: the first being that all schools had now become extremely effective due to the benefits of national standards, while the second, for the more cynical ones amongst us, is that something untoward had happened to the tests.

And this has turned out to be the case. The way test scores are normed has been changed for both STAR and e-assTTle, so that children are now shown as achieving at a higher level. Instant fix.

This then will reflect on school’s national standards results that are submitted to the Ministry of Education, and then published in league tables by the media.

This year’s results will be submitted to the ministry in early 2014, will be available to the media some months before the election and will inevitably be compared to previous years’ results. Surprise, surprise, national standards results will show that New Zealand schools are now much more effective at raising achievement, just time for the election campaign.

Is that rat starting to smell yet? There’s an even bigger and nastier rat in the cupboard – the subject of the next article.

Naturally, the Ministry of Education are ‘now aware’ of the issue (even though their fingerprints are all over the test revisions) and will investigate, following on from an article in the Listener, which in itself was based on inside information from educational commentator Kelvin Smythe: Article on e-asTTle and STAR coming up in Listener

To conclude, a couple of quotes from Kelvin:

‘The politicians want to free up the tests so certain actions by the review office or by the Wellington bureaucrats can move the results up or down for advantage in the election cycle.’

“This is the Novopay of testing: old reliables (for instance, PAT) have been distorted by the high stakes’ national standards environment; and now we have this colossal mess up with two widely used literacy markers, and Parata calls this ‘quality data’. We had quality data, now we have the rubbish.”