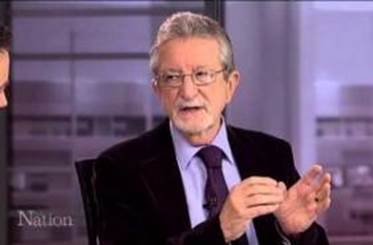 EVERY YEAR the Catholic and Anglican dioceses of Auckland run a Lenten Studies Series. The theme for 2013 was “Recovering the Common Good”. Invited to participate in one of the four scheduled panel discussions, I was pleasantly surprised, upon turning up last Wednesday evening, to find the old wooden church adjoining Holy Trinity Cathedral close to two-thirds full. It was reassuring to discover that “The Common Good” still packs some pulling power.

Perhaps it was the lingering after-effects of two hours spent discussing the notion of the common good that made me respond so negatively to Dr Brian Edwards’ recent posting on the state of current affairs journalism in New Zealand.

Dr Edwards begins his posting with a brief definition of what current affairs journalism used to be about:

This was “serious” current affairs journalism, said Dr Edwards, distinguishable by its format: “which essentially mean[t] long studio interviews with politicians or lengthy studio debates between politicians. Being entertained was relevant to those viewers only insofar as the disembowelling of politicians was entertaining and new. Our early heroes were Robin Day and David Frost; today we bow down before “Hardtalk’s” Stephen Saccur”.

There was little to object to in these introductory paragraphs – except the tone. Far from validating his readers’ appreciation of current affairs as it was practiced in the days when he was justifiably feted as New Zealand’s leading broadcaster, Dr Edwards was inviting his readers to join him in constructing a straw man.

A straw man he could hardly wait to demolish.

“‘Serious’ is our other favourite word”, wrote Dr Edwards, inflecting the plural possessive with just the right note of populist disdain, “which is why Seven Sharp does not and cannot qualify in our philosophy as a current affairs programme. Those people are having far too much fun. Giggling and current affairs are incompatible.”

It was at this point that Dr Edwards set about his straw man with gusto.

“Can you see where I’m going with this? Can you detect a change in the air? Well, you’re right. You see, I’ve come to accept that there’s been a recent redefinition of what we mean by ‘current affairs’, a more inclusive, more democratic interpretation of the term. And that it’s a good thing. ‘Current affairs’ is no longer exclusively about politics, no longer confined to the ‘serious’ or ‘discursive’ studio interview or lengthy documentary. ‘Current affairs’ now includes anything that is of general public interest though not necessarily in the public interest.”

And that was that. In a single paragraph, Dr Edwards bade farewell to his decades-long association with current affairs broadcasting undertaken for “the common good” and announced his conversion to the sort of television that gets produced when a television network decides it’s no longer committed to making or broadcasting prime-time current affairs journalism.

Dr Edwards uses words like “inclusive” and “democratic” to describe this new kind of programme. Crucially, he draws a distinction between matters “of public interest” and matters “in the public interest”.

So did the Roman Caesars.

But there is a huge difference between the Coliseum and the Circus Maximus and what the German political-sociologist, Jurgen Habermas calls the “public sphere”.

The former were certainly places where the masses gathered to be entertained. And, underlying all the excitement there certainly was an implicit political message concerning the unanswerable might of the Senate and People of Rome. There was, however, nothing remotely “inclusive” about the pure spectacle of the chariot races. And only if you conceive of democracy in terms of giving the “thumbs-up” or the “thumbs-down” to your favourite gladiator could the Roman Games possibly be called “democratic”.

Habermas’s “public sphere” is a very different place. It is where free citizens come to listen and talk to one another. The place where they actively review (if I may borrow the language of Catholic social teaching) “the sum total of social conditions which allow people, either as groups or as individuals, to reach their fulfilment more fully and more easily”. A place to define, develop and preserve “the common good”.

The short way of saying all that is: The “public sphere” is that democratic space where citizens engage in politics.

And that was the space in which Dr Edwards used to do his best work. A space created and (most importantly) defended by a licence-fee-funded (at least partly) and editorially independent (at least theoretically) public television network.

However imperfectly, the NZBC, and later Television New Zealand, attempted to bring the nation’s politicians and the nation’s voters together in a place where questions could be asked and answered; issues examined; policies critiqued. A space where broadcasters, acting on their behalf, were free to extract and present the information New Zealand citizens needed to hold the powerful to account.

In that honourable and unquestionably democratic role, Dr Edwards had few peers. Whether it was on Compass, Gallery, The Dean/Edwards Show or Fair Go, this highly intelligent man, with his lilting Irish brogue, had been our prosecutor, our elucidator, our “fearless interrogator”. The people’s man: champion of the common good.

To see Dr Edward’s conflate Caesar’s (a.k.a the all-powerful, neoliberal, market-driven economy’s) circuses with the intelligent, democratic, current affairs journalism he personified for so many years, was nothing less than tragic.

And all the proof you’ll ever need that giggling and current affairs are, indeed, “incompatible.”