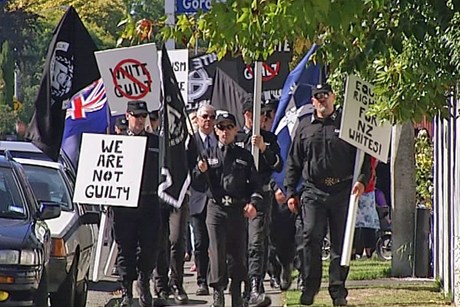 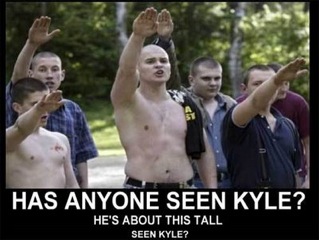 Let’s be honest shall we? This isn’t ‘white pride’, it’s immature neo-Nazism. If it goose steps like a fascist, it’s a fascist.

The attempt by Kyle and his sad bunch of merry men to sell this as some sort of cultural response by the poor down trodden white race is more hysterically funny than concerning.

Dressing up in SS inspired pajamas and sulking about whitey not getting his is the sort of tired delusions of people in desperate need of a joint.

I’ve never seen candidates more in need of medicinal cannabis in my entire life. Poor old Christchurch, putting up with earthquakes is one thing, putting up with immature neo-Nazis is another.

Good on those who stood up to these bully’s and counter protested this embarrassing racism.

Kyle and his ilk are proof of what happens when you underfund public education, let’s use their ignorance as examples of what we don’t want to produce from our schools.