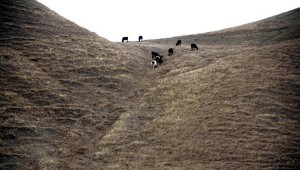 The worst drought in 70 years of records has renewed the focus in the media over whether these conditions might be related to climate change. At an estimated cost of $2 billion to the economy, the implications of the drought are huge for an industry which forms one of the primary sectors of our exports.  While Joyce and English have light-footed around the issue, the Greens have argued that the National Party are not taking climate change seriously enough at detriment to our farmers.  English fueled the Greens’ argument through his statement in the House last week that similar arguments on climate change had been made in Australia, and it had not stopped raining for the last five years. Unfortunately for English, he had overlooked the fact that Australia has been in drought for the last four years. Grilled by Corin Dann on Q+A on this gaffe, English produced some deft political sound bite maneuvering to shift his answer from focusing on climate change to focusing on the $500 million dedicated towards cleaning up waterways. While cleaning up waterways is great news, the Ministry for the Environment has predicted in their modelling that droughts are going to be more frequent, signalling that it is in New Zealand’s interest to think about the ongoing impact of climate change. Yet listening to the National Party leadership, climate change is often positioned as something that only environmentalists worry about.

While this article in the National Business Review somehow interpreted English not answering on climate change as leading on climate change, the issue of climate change is far less contentious than how it is often presented in the media. With 97% of publishing, peer-reviewed scientists agreeing that climate change is due to human activity (source: NASA), the arguments against it are often based on myth. It is not unusual to hear such myths bandied around as the temperature has not risen for the last 17 years, and the notion that because some parts of the world are cooling global warming is dismissed as an overall trend. Such myths propagate from the way that science is always interpreted through the lens of the social, an area that has received much more attention in literature since Bruno Latour and Thomas Kuhn paved the way for frameworks that examine how the reception of science is often based less on fact and more around the way that it taps or butts against notions of social consensus. Climate change and how we deal with it has also been influenced by the demands of industry, which has been based on the previous paradigm of exploiting resources, making it a touchy issue where legislation (such as carbon taxes) impact on the bottom line. This, together with confusion over the journalistic values of balance (which sees the skeptic side elevated despite broader scientific consensus) has clouded the issue. Moreover, climate change as an issue that requires nation state cooperation often butts against the internal interests of the nation state in requiring a much more global cooperation that transcends geopolitical factions.

Yet if it is not taken seriously in New Zealand, and often paraded as myth in the US media, there are indications that the defense industries are taking the IPCC’s predictions with much more weight. James Clapper is the current Director of National Intelligence and most senior security advisor to President Obama, overseeing 16 intelligence agencies. In the 2013 World Threat Assessment Report, Clapper trots out the usual geopolitical threats to US interests while highlighting the impact that climate change will have on migration and conflict. Clapper’s views reiterate that of the US Commander of the Pacific Navy, Navy Admiral Samuel J. Locklear III, who states that climate change is the biggest threat facing the Pacific. This threat, he argues, has led the US Navy to look at scenarios where they may have to work with China and India to manage the effects of climate change on populations. This news will not come as any surprise to anyone who follows US military policy. Since 2010, the Pentagon has had much more emphasis on the role of climate change and the pressure it places on resources to exacerbate conflicts.  The Pentagon estimated in 2010 that more than 30 US military bases are at risk from sea levels rising and the instability caused by climate change led weather effects. In 2008, the Center for a New American Security conducted climate war games set in the year 2015 with 45 scientists and national security analysts from Asia, South Asia, Europe and America in an attempt to see how nations might collaborate to deal with escalating conflicts from climate change effects.

The focus from the US military should signal to the New Zealand government that while climate change threats are often taken as marginal by the media and the public, the science is entering the mainstream. This should not be taken as the need to secure ourselves against our Pacific neighbours  – as this article from the AUT Pacific Media Centre shows, the Pacific Islands that surround us want to hold onto their sovereign nations and waters rather than migrating. However, in the context of looking at the ongoing impact of a greater frequency of drought, the notion of climate change needs to move to the centre of our discussions rather than remaining at the periphery.