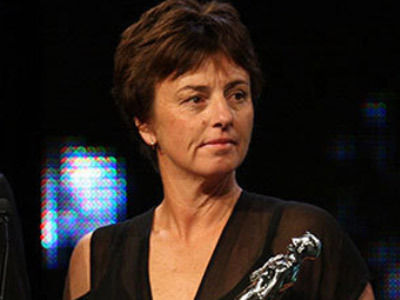 It’s not hard to see why, the LTUP drives the National Party to distraction. And if the LTUP also happens to be a public servant, then that animosity is immediately ratcheted up several notches.

This National Party hatred of LTUP public servants is by no means a recent thing. J.C. Beaglehole, writing in 1961 about the first National Government (1949-57) observed:

“The naïve, the almost childish brutality, with which the chiefs of the National Party fell upon power may be seem quite surprising, until one remembers how famished for power they were, and with what an innocency of experience they faced the world about them … One does not mean that Mr Holland [the first National Prime Minister] and his subordinates (lieutenants? – most of them looked like subordinates) went down personally to Government Buildings and kicked the bodies of public servants. Some of them were obviously not as bad as their leader … Yet the insensitiveness to administrative delicacies, the conviction that all you had to do with exchange controls was to end them, that all you had to do to make the pound go ‘further’ was to take your hands off, that the main thing needed in education was to insult the Education Department, was quite appalling.”

The left-wing historian, Bill Sutch, described the New Zealand of 1949-1957 as a “wasteland”. Writing about that first National Government in The Quest for Security in New Zealand 1840-1966, he says: “The National Government in 1949 wanted New Zealand to be brought back to the nineteen twenties and free trade, and took it for granted that this was in accordance with some higher law. Not only had they no sympathy with what the Labour Party had done to improve the workings of the economy, they did not understand it.”

Substitute the nineteen nineties for the nineteen twenties and he could have been talking about John Key’s National-led Government.

Except not only is the present National Party out of sympathy with and ignorant of the principles guiding the last Labour Government’s management of the New Zealand economy, they are even more at odds with its approach to social policy – most especially its strengthening of the institutions responsible for advocating and defending human rights.

The Human Rights Commission under Rosslyn Noonan worked tirelessly to make the rights guaranteed in the Bill of Rights Act available to ordinary New Zealanders. On matters of racial and gender discrimination the Commission was unashamedly outspoken.

This “official” determination to take discrimination seriously rankled with conservatives of every description: to them it was “political correctness gone mad”. And while it would be unfair to overlook the fact that there were in the ranks of both the National caucus, and the wider party organisation, a number of genuine liberals who supported the Commission’s work unreservedly, the overwhelming majority of National Party members and voters resented both its pronouncements and its legal powers of enforcement.

No one epitomised this politically-correct “interference” in the lives of “ordinary, decent, New Zealanders” more forcefully than New Zealand’s Race Relations Commissioner from 2002 to 2012, Joris de Bres.

The office of Race Relations Conciliator (later to be renamed the Commissioner) had been established by the National Party in 1971 as a bureaucratic means of taking some of the heat out of the increasing tensions between Maori and Pakeha that characterised the late 1960s and the early 1970s. For the most part these “conciliators” were conservative apologists for New Zealand’s “excellent” record on race relations. With Helen Clark’s appointment of De Bres all that changed.

De Bres was anything but an apologist for Pakeha smugness over race relations. On the contrary, he was an intelligent, articulate and highly assertive representative of the Left’s bi-cultural vision for New Zealand’s future. De Bres was not afraid to call out Pakeha New Zealanders in general, and provincial Pakeha in particular, on their racism – both personal and institutional.

The National Party never liked De Bres, but they reasoned that his term was only five years long, and that, hopefully, by the time it expired they would be back in office. Imagine their fury, then, when, in 2007, Helen Clark reappointed De Bres for another five year term.

As far as the National Party was concerned, the Labour Government had stepped away from the political convention that, if it looks pretty certain you’re going to lose the next election, you don’t appoint, or re-appoint, individuals you know the incoming administration will find it very difficult to tolerate.

Those looking for some sort of explanation for the appointment of Dame Susan Devoy as New Zealand’s next Race Relations Commissioner need look no further than Helen Clark’s decision to re-appoint De Bres.

Justice Minister Judith Collins is no Sid Holland, but she does harbour prime-ministerial ambitions, and she knows how embittered and hostile National’s core constituency has become, not only toward De Bres and all his LTUP ilk, but also with the whole, radical bi-cultural ideology which he both represented and expressed.

Dame Susan is, in political terms, Collins’s sop to National’s unreconstructed racist Cerberus. A symbolic choice guaranteed to resonate powerfully with the conservative creatures of the barbecue pit and the sports bar. Not only on account of her sporting prowess, but, more particularly, because she shows every sign of sharing their deeply held beliefs about the status of Maori in New Zealand and the extent to which Non-Maori should be expected to acknowledge and resource that status.

Dame Susan, like all those National Party backwoodsmen so eloquently described by Beaglehole, neither sympathises with nor, one suspects, understands the purposes of Labour’s Human Rights policies. She will rely much more upon simple “common sense” than complicated evidence to inform her judgements. And the “bunk” of history will not be permitted to dictate the thinking of a Race Relations Commissioner singularly equipped with what the Minister of Justice calls “spine”.

For left-wing, tertiary-educated urban professionals, the next five years promise to be, in Bill Sutch’s grim phrase: “a wasteland”.