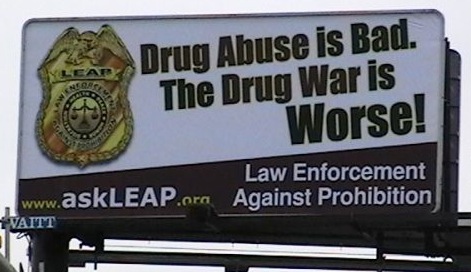 I am personally sick to death of the total lack of momentum on cannabis law reform. Over the last 6 years we put 1600 NZers into prison for joints and bongs. The madness of this failed war on drugs demands action.

If we can get over our petty bigotry with marriage equality, why can’t we jump start the debate on medicinal cannabis?

Purists will immediately declare anything less than full decriminalization is a sell out. Those people should be ignored. The vested interests in keeping cannabis illegal are simply too great to ever see that jump occur. The tobacco and alcohol industries will never want their addictive poisons to face another competitor and the NZ Police simply gain too much power to invade our lives to ever agree to full decriminalization.

But there can be another way forward and if we want cannabis law reform in 2014 similar to the scale we saw in America, then the ALCP should adopt the strategy I am suggesting to them.

In the 17 year history of the ALCP, the closest they have ever gotten to the 5% threshold was in 1996 with 1.66% of the vote. The mood within the MMP referendum is to lower the threshold to 4%, but even that would require a result unachieved by the ALCP in quarter of a century.

Put bluntly the chances of the ALCP winning 4% of the vote to gain political representation to effect a change in the cannabis law is zero.

This is a pretty challenging fact. One could argue that the cannabis fight is righteous and worthy of fighting on regardless, but I’d prefer a strategy that actually offers some hope of changing the law rather than the empty moral victory of endlessly banging one’s head against the brick wall of the establishment.

What ALCP do have however, (based on your 2011 result) is .5% of the vote. The question I pose to the ALCP is ‘what is the best strategy you can use to maximize that .5% of the vote to gain political traction to reform cannabis law’?

I would suggest that the ALCP wind down their direct political party aspirations, and instead, become a political lobby group. .5% of the vote to MANA, or to ACT in an election that will be as tight as the 2014 one is already shaping up to be, could be the difference between the left governing or the right governing. Instead of asking your supporters to vote ALCP, the ALCP advisors their members on which political party to party vote for who will do the most for cannabis reform.

To ACT and MANA, .5% is another MP. If Medicinal Cannabis was the goal the endorsed Party could make that a bottom line.

Why ACT or MANA and not the other Political Parties?

1: Being from opposite sides of the political spectrum and with the .5% assuring a second MP allows ALCP voters more leverage in terms of policy gains.
2: The Greens are too invested in middle class voters to spook them. If it’s a call between Finance Minister and decriminalisation, you know they are going to take Finance.
3: Labour are too busy chasing National voters than progressive voters.
4: National will never budge. Ever.
5: ACT already have a liberal drugs policy, the problem is John Banks.
6: Hone Harawira has already voted for medicinal cannabis in the past.

As a lobby group you are offering endorsement to the political party who will give you the best cannabis reforms. Each offer would have to be evaluated as to how implementable it was with whatever other Party formed the Government.

This way you maximize your political influence with the .5% leverage you have and you can gain actual momentum on the issue after 17 years of fighting for change.

The ALCP can choose to chase windmills once more and fail again to generate any traction on Cannabis reform, or they can seize this strategy, end being a political party, reform as a lobby group and start lobbying ACT & MANA for their endorsement.

It comes down to whether the ALCP want change in 2014 or more wasted years.