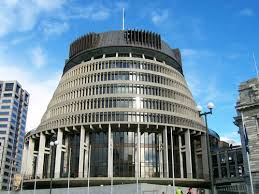 John Key has made suggestions to  reform certain  aspects of the Parliamentatry electoral cycle,

The first suggestion – having a fixed date for elections – is sound. Anything that takes a wee bit of power away from politicians should be welcomed.

On that basis – anything that takes a wee bit of power away from politicians should be welcomed – extending the Parliamentary term from three to four years is one that fills me with disquiet.

I’ve heard the arguments for extending the Parliamentary term,

None of those three arguments convinces me.

So is the One Party State; an autocratic ruler; or a  Parliamentary term of ten or twenty years . But would we be any better of, in terms of  public participation democracy? (Think: Putin in Russia.)

That statement is never completed. It gives government more time to achieve – what? What incredibly complex, radical reforms are there that require an extra year (or more) for a government to have more time? What does Key have in mind that demands a four year term?

Remember that Select Committees work in unison, not one at a time, and Legislation can be passed in as little as 48 hours – as “The Hobbit Law” showed us (see: Helen Kelly – The Hobbit Dispute) – not that I’m advocating legislative changes conducted at warp speed.

Perhaps governments might have “more time to achieve things” if time wasn’t wasted with petty point-scoring in the Debating Chamber?

3. Governments spend the third year of their current term in election mode to win the next election

Perhaps a government might not have to spend the entire third year in “campaign mode” if, in the preceding two years,  they worked with the people and not against them?

A phrase comes to mind…

By their works ye shall know them.

A good government shouldn’t have to spend the entire third year in “election mode”. A bad government will never have enough time to campaign for re-election.

It’s not the length of time that should matter to a government, but what they achieve with it. If the people approve, a good government will be returned with a decent majority. A good government should have nothing to fear from the electorate.

Looking at the last 30 years, would I be inclined to give politicians (of all hues) an extra year?

John Key wants us to trust him with an extra year in power.

But has he given us reason to trust him?

If anything, Key’s attitude of dismissive, casual arrogance does not reassure us that he (or his successors) would use additional political power without a corresponding rise in said arrogance.

In May 2011, journalist journalist Jon Stephenson, wrote a scathing expose of New Zealand’s involvement in Afghanistan and questioned whether they were complicit in torture.

The article outlined two instances last year where SAS forces allegedly captured suspects and handed them to Afghanistan authorities, including the Afghan secret police, the National Directorate of Security, which has a reputation for torturing prisoners.

“I’m happy to put my information before an inquiry. Any fair or impartial inquiry will show that they are the ones misleading the public. Not me.”

It which point Key jumped in with this derisory response,

“I’ve got no reason for NZDF to be lying, and I’ve found [Stephenson] myself personally not to be credible.”

Key then attempted to smear Stephenson’s character by accusing him of making a bogus phone call.

We should not forget John Key dismissal of  Hager’s book, on CIA involvement in NZ military activities in Afghanistan. Key said,

“I don’t have time to read fiction.”

Key claimed  that the book contained “no smoking gun”, just supposition, which, “makes it business as normal for Nicky Hager”. (Despite the book having 1,300-plus footnotes to referencing documentation.)

National ministers also seem to have little hesitation in attacking their critics in quite nasty ways. Remember Natasha Fuller,  Jennifer Johnston,  Bradley Ambrose, and even Bomber Bradbury who fell foul of the system when he dared criticse Dear Leader?

If there are “trust issues” here – they seem well founded.

Key’s disdain of those who do not meet his world-view was perhaps best summed up on 17 February, 2011, when he was reported as making these comments,

When Labour’s social development spokeswoman Annette King asked about Salvation Army reports of high demand for food parcels, Mr Key responded by saying it was true that the global recession meant more people were on benefits.

“But it is also true that anyone on a benefit actually has a lifestyle choice. If one budgets properly, one can pay one’s bills.  And that is true because the bulk of New Zealanders on a benefit do actually pay for food, their rent and other things. Now some make poor choices and they don’t have money left.”

Well, at least we know the real thoughts of the boy from a subsidised State house, raised by a solo-mum receiving state assistance, and who had the benefit of a free, taxpayer funded University education.

On 4 May 2012,  over five thousand people took part in a peaceful,  anti-asset sales Hikoi to Parliament,

“How many people did they have? John Key asked reporters. “Where was it? Nope wasn’t aware of it.”

Key says the National Party has a clear mandate to proceed with privatising some state assets.

“Well over a million New Zealanders voted for National in the full knowledge we were going to undertake the mixed ownership model,” he said.

“So look, a few thousand people walking down the streets of Wellington isn’t going to change my mind.”

Nearly a year later, on 12 March, a 392,000-plus signature petition was presented to Parliament. The petition  was  signed by ordinary New Zealanders who wanted nothing more or less than a say in their future.

Key said of the opposition petition you could be as “sure as little green apples [that] huge numbers of them are not bona fide names on the list” and would have to be struck off.

And according to Green Party co-leader, Russell Norman, Key further disparaged New Zealanders who signed  the petition by saying,

“…that the Prime Minister has said the people who signed this are children and tourists….”

Never forget that we are governed by an “elected dictatorship”,

Once elected, unless a Member of Parliament is found guilty of a criminal act, we have zero control over them.

Just because this  government  is still (apparently) popular with the aspirationists and middle classes, is not a reason  to trust Key – or any other politician for that matter.

There have been too many broken promises; secret agendas; and bitterness from raised expectations that were soon dashed.

It is a truism that trust has to be earned.

And thus far, the glimpse that we’ve had into our current Prime Minister’s persona, is not one that fills me with confidence or trust.

New Zealanders may wish to reflect carefully before giving politicians any more power. It may be ok when it’s “your man (or woman) in power”. You may feel different if it’s the Other Guy running the country.

The issue simply boils down to one simple question;

How far do you trust the buggers?

TVNZ: Key unfazed as protesters descend on Parliament (4 May 2012)