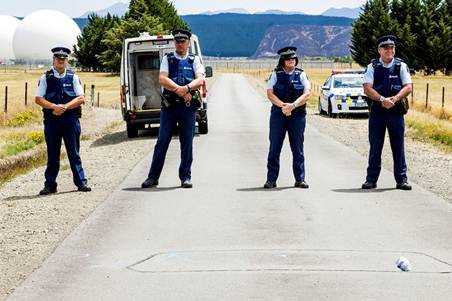 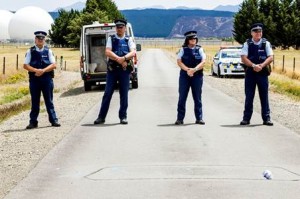 Most of us never give much thought to the Independent Police Conduct Authority. We only hear about it when yet another young life is taken in a police chase and we are assured an independent investigation will take place even as we listen to the public statements from senior police that their officers had “abandoned” the chase earlier, had acted properly at all stages and the dead and injured kids have only themselves to blame.

But the IPCA came into public focus last weekend in a different context when it told a Sunday Star Times journalist it would not be investigating the case where three police officers breached police regulations, and more importantly the democratic rights of citizens, when they colluded to wear the same police identification numbers when undertaking a violent eviction of Occupy protestors from Auckland’s Aotea Square in January 2012.

The IPCA said that because of their limited resources they only investigate when death or serious injury has occurred so left this matter to the police to investigate.

On the face of it this is extremely serious from a public safety and accountability standpoint. The only obvious reason for them to wear identical numbers would be to create confusion and thereby evade accountability for bashing protestors – an unfortunate theme in police handling of protests.

Most importantly we should have had the IPCA in there working hard for us as the public watchdog – but they were missing in action. It’s not good enough.

Most IPCA investigators are former police officers themselves and their ability to impartially investigate has always been in question. It’s also not understood by the general public that the IPCA still hands over most complaints directly to the police to investigate. The identity badges issue is a case in point and is the routine practice for any complaints I’ve been involved with over the years.

In fact the only investigation into a complaint I’ve made which was done by the IPCA itself arose from a protest at the Waihopai spybase near Blenheim earlier this year.

The Christchurch-based ABC (Anti-Bases Campaign) organise an annual protest outside the base each January and this year a delegation climbed the gate and took a letter down the drive to deliver to the base commander. When a group of police refused to let them proceed they requested the police take the letter to deliver themselves. Sergeant John Western then took the letter in one beefy hand, screwed it into a ball and tossed it over his shoulder onto the ground.

Here’s the complaint I wrote to the IPCA on 21 January on behalf of the protest –
”At approximately 1.30pm a group of people from the protest walked down the station driveway with a letter addressed to the station commander. They were stopped by a group of four police who were standing across the driveway. The police said the protest group were not permitted to proceed further whereupon the police were asked to themselves deliver the letter. The outcome was that a police sergeant (I’m told his name is Sergeant John Westen (sp?)) took the letter, screwed it up into a ball and threw it on the ground. It was a childish, provocative action well outside any conceivable police role to ensure protest rights are upheld.”

The next I heard was the IPCA’s response to the complaint on 22 February –
“The matter of an officer acting in a provocative and childish manner by screwing up a letter and throwing it to the ground is refuted by Police. Police describe the person holding the letter as being advised to desist from waving it in the officer’s face repeatedly. The letter was brushed aside and where it fell to the ground due to the protestor letting it go and allowing it to fall and where it remained. The officer did not take the letter and did not screw it up and therefore did not throw it to the ground. This incident occurred on restricted land and where the protestors were trespassing.

An independent review of all the information satisfies the Authority that there is no evidence to support your complaint on this particular issue. The Authority has formed the opinion that Police actions in this instance were lawful and justified.

As the Authority has found no evidence of misconduct or neglect of duty by the Police in this matter, further action by this Authority is unnecessary. Therefore it is decided not to take any further action towards your complaint pursuant to section 18(2) of the Independent Police Conduct Authority Act 1988.”

I know the IPCA will be understaffed and overburdened. That’s what happens to public watchdogs when the police or politicians want to avoid close scrutiny. The Ombudsman’s office – much hated by government politicians – is in the same situation as they reported just last week.
But by any measure the “investigation” was pathetic – it didn’t happen. Instead the IPCA asked the police for their version of the event and then wrote back to us giving the police version as the facts. The outcome was no different to what it would have been had the police investigated.

I’ve written back requesting the investigation be reopened saying –

“Just how you did this independent review is unclear but the evidence is abundant that Sergeant John Western took the letter from Green Party MP Steffan Browning, screwed it into a ball with one hand and tossed it back over his shoulder. Steffan is more than happy to provide a statement to this effect….”

I also included a photo of the police line-up after the incident (Sergeant Western is second from left) with the screwed up letter in the right foreground.

At one level this issue is trivial and pathetic but the principle is important and the failure of the IPCA to do anything other than automatically take the police word for what happened is a pitiful dereliction of their statutory duty.

This example also gives a clear insight into how the IPCA works, not as a public watchdog to hold the police to account, but as an extension of the public relations division of the police.

Incidentally, police standard operating procedures say “The EMI device (taser) is not to be carried by members rostered for duty at demonstrations” but Sergeant Western and another of the four were packing these weapons on their hips. The IPCA say they have given this issue over to the police to investigate… We’re not holding our breath…

The worst thing we can do is to continue to pretend the IPCA is somehow independent, somehow useful, somehow holds police to account and somehow reports faithfully and honestly to the public. It does none of these things. We may as well be rid of this misleading and useless appendage.