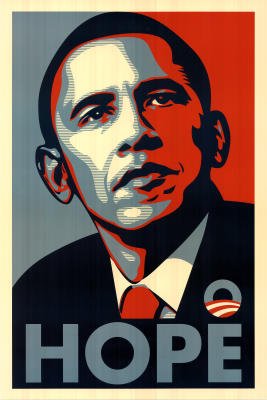 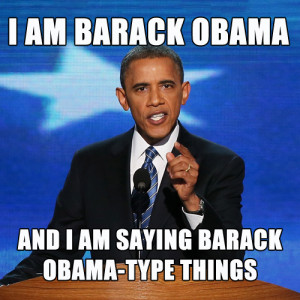 Data is King. If there’s one takeaway from Obama’s triumph, it’s that. Taking cues from commercial marketing, the behavioural sciences and existing political knowledge the Obama campaign built the most sophisticated and effective data operation in politics. “No party”, Slate writes, “has ever had such a durable structural advantage over the other on polling, making television ads, or fundraising”. Forget the political truisms – the importance of televised debates and so on – campaigning in the age of Obama is about big data.

Political campaigns are about the allocation of scarce resources. Do we invest in x minutes of advertising or x number of mail drops? Big data informs these decisions like never before, but the New Zealand left must remember that the American experience is not directly analogous.

Firstly, New Zealand’s nowhere close to being as data rich as the United States and the information that is accessible is subject to certain restrictions, for example the Privacy Act. Secondly, big data in the United States is used to target swing states and marginal districts, but in New Zealand MMP demands a national focus. Lastly – and probably most importantly – there are questions over scale. Do New Zealand political parties have the economies of scale to sustain big data operations? And does the intimate nature of the New Zealand electorate justify big data operations? I doubt it. With these factors in mind, what else can the New Zealand left learn from Obama?

Mobilisation is more important than persuasion

The rule books on voter persuasion have to be rewritten. It’s a political truism that “centrist” voters represent the most persuadable part of the electorate. However, work in recent years from big data firms aligned with the Democrats have found that “it’s not always guaranteed that the people in the middle of a support score are the most persuadable”. It turned out that people who had scored close to 50 on a 0-100 issue score weren’t the people who were most persuadable. Using this knowledge the Democrats have created distinctions between persuasion targets (who receive tailored messages) and turnout targets (who receive reminders, logistical help and so). As early as 2004 some Republicans had implicitly acknowledged the declining importance of persuasion conceding that it is better to win by “narrow margins” than attempt large scale persuasion. Given this new understanding of centrist voters, get-out-the-vote (GOTV) was crowned King and, according to the Republicans at least, it was the Democratic “turn-out machine” dat stole dat dere the election.

If political campaigns are about the allocation of scarce resources, the American findings on persuasion are instructive: the New Zealand left needs to start rethinking where and how they allocate resources. The ground game is more important than the game on television and radio and resources must be allocated accordingly. The return on investment from GOTV methods (i.e. targeting hard and soft lefties) appears to better than the return from advertising, town hall meetings and so on (i.e. methods traditionally targeting centrists). Labour appreciates the importance of GOTV (to a certain extent), but the Greens and Mana have woefully underdeveloped GOTV methods.  If the left can secure a significant portion of the non-vote (26% at the last election) through improved GOTV efforts, then the election is in play – if not in the bag.

A coalition of the marginalised can work

Hippies Wander Into the Lions’ Den, Maul Lions. That’s how Ta-Nehisi Coates put it. Bloomberg put if less elegantly describing Obama’s win as a “split between men and women, whites and minorities, rich and poor, young and old”. Obama carried over 90% of African Americans, over 70% of Hispanic Americans and over 50% of women. Obama won a measly 39% of the White vote (Whites represented 72% of the electorate). A typical sketch of the Obama voter would reveal someone who’s poor, brown, female and urban. The Atlantic wrote that “rising minority participation allowed (Obama) to overcome a weak performance among whites”.

Many on the left believe that a coalition of society’s losers can’t and won’t work. However, demographic change is leading New Zealand down the American route (that should be read using the American “rowt”). By 2026 Maori (who overwhelmingly vote left) will constitute 16% of the population, Asian New Zealanders will constitute 16% too and Pacific people (who also vote overwhelmingly left) will make up 10% of the population. The Pakeha population, and by extension the Pakeha electoral population, will fall to the high 60s*.

Publicly available information on ethnic voting patterns is scarce, but the American and British experiences suggest that the Asian vote leans left. Obama enjoyed 75% of the Asian vote and Asian voters in the UK have “traditionally voted for the Labour Party”. In New Zealand, the most accessible statistics are on Maori. Labour, the Greens and Mana (i.e. the left) won almost 65% of the Maori electorate vote. The Maori Party won just over 15% and National claimed a pathetic 8.9%.** Assuming the Maori Party collapses, there’s no reason why the left cannot win 80% or more of the Maori vote. If the left can build similar majorities in the Asian, Pasifika and female population – and the experiences in other parts of the Anglosphere suggest that that’s possible – then we can assume a winning coalition is not only possible, but likely. Demography favours the left.

I’ve argued how important this is at my blog. It’s trite, I know, but the Obama campaign has gifted framing renewed importance. A  year before the 1996 election, Bill Clinton framed Bob Dole as slash-and-burn-Medicare-cutting-radical. In 2004 George Bush framed a freshly nominated John Kerry as a flip-flopping-out-of-touch-namby-pamby-liberal. Obama selected to frame Romney early in the campaign too. The Obama campaign decided to spend 20% of their campaign budget on an early advertising onslaught. Essentially, it was an attempt to frame Romney before he had the opportunity to frame himself. According to Obama man Jim Messina, the early framing was “crucial”. The advertising blitz coincided with a push to frame Obama in a positive light. That early advertsing framed the narrative from the Republican primaries and held until the first debate (where Obama turned in a meek performance and through a combination of lies, false confidence and low expectation Romney wiped the floor with the President).

The New Zealand left can’t afford to overlook the importance of early framing. That means ditching the idea that you have to keep your powder dry until the election. Perceptions aren’t built over a four week election period, perceptions take time. Brick by boring brick.*** Policy should be released periodiucally, not in the final months and weeks. By then, the perceptions about the left have already set. Narratives should be designed and implemented now, not in ones years time.

In many respects, it might well be too late to frame for the 2014 election, but given the importance of the Obama experience the New Zealand left can’t afford not to. What we’re doing isn’t enough.  Politics is a slow march to victory, on the other hand politics can be a slow march to the grave. If we want to avoid the latter, we’d be smart to some of our cues from Obama.

*Given that many New Zealanders identify with more than one ethnic group, figures will add to over 100.

**See my chapter (The Fragmentation of Maori Politics) in Kicking The Tyres (the post-election book).

***That was a reference to an awful Paramore song, but it was a nice extended metaphor.