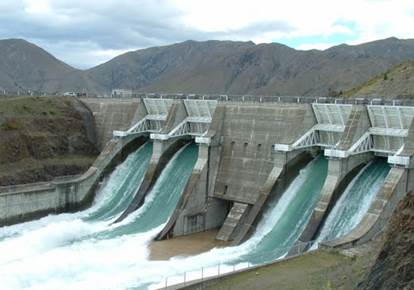 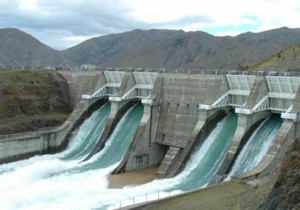 NOT TOO MANY PEOPLE have heard of James McMurtry. It was only by idly following a link on an obscure left-wing American website that I ever got to hear his “We Can’t make It Here Anymore”.

It’s a grim song, but hugely evocative of the sense of helplessness and hopelessness that grips so much of today’s “developed” world.

See all those pallets piled up on the loading dock?
They’re just gonna set there till they rot.
‘Cause there’s nothing to ship, nothing to pack,
Just busted concrete and rusted tracks.
Empty storefronts around the square,
There’s a needle in the gutter and glass everywhere.
You don’t come down here ‘less you’re looking to score.
We can’t make it here anymore.

It was while watching John Campbell’s excellent series on the fate of Solid Energy that the lyrics of “We Can’t Make It Here Anymore” started running through my head. McMurty’s grim refrain then caused a new and frightening thought to take shape in my mind.

What if the bosses at Solid Energy were right? What if their plans for a vastly expanded state-owned energy company was exactly the sort of vision New Zealand is crying out for? What if Solid Energy’s sudden reversal of fortune was attributable not simply to a sudden and devastating collapse in the international price of coal, but to the brutal fact that, when it comes to turning visions into realities, we can’t make it here anymore either.

There was a time when New Zealanders, just like Americans, believed themselves capable of making anything.

As a boy I remember being taken in my father’s Super Snipe up the winding roads of the Waitaki Valley to observe the progress of the NZ Electricity Department’s vast hydro-electric engineering projects. There were dams all the way up the river: at Waitaki, Aviemore and, most impressively, at Benmore.

To be ushered into the vast halls housing the electricity generating turbines was to enter a veritable temple of technology. The only sign of the surging columns of water rushing through the metres-wide penstocks a ubiquitous hum and tremor.

The New Zealand State constructed these massive pieces of infrastructure because in a country the size of New Zealand nobody else could. It took the collective resources of the whole nation to build not only Aviemore and Benmore, but also the extraordinary Manapouri Power Station, Tekapo B, Ohau A, B and C, and finally, in the 1980s, the State’s last great hydro-electric project, the massive dam harnessing the energy of the Clutha River at Clyde.

Perhaps it was this concrete and steel legacy of public investment that inspired Don Elder and his high-paid band of engineers and planners to “think big” about the future of Solid Energy. Maybe they looked at the extraordinary achievements of state planning and construction between the 1930s and the 1980s and dreamed of replicating them in the Twenty-First Century.

Branching out from their core business of coal-mining they envisaged Solid Energy diversifying its operations into biofuel production from wood-chips and rape-seed and refining New Zealand’s vast lignite deposits into clean-burning briquettes.

Even the Prime Minister, John Key, was impressed by the scale and scope of their plans:

“They had very strong aspirations to be a Petrobras – a diversified natural resources company”, he told the NZ Herald’s Fran O’Sullivan. “There may be even be some logic behind that because of the volatility you get with one particular commodity.

“So it’s not that it’s such a crazy idea. It’s just that it would have required the Government to have significant investment at a time when we didn’t have the resources to do that, or the belief they could actually pull that off.”

In other words: The National Government didn’t believe we could, or should, make it here anymore.

Mr Key was wrong about not having the resources to back such a project. There are literally scores of billions of dollars sitting under-utilised in fenced-off government “funds”. The so-called “Cullen Fund” is probably the best known, but there are others, containing even more billions, that most New Zealanders know nothing about. Like the $22 billion currently being hoarded by the quite unnecessarily “fully-funded” ACC.

But Mr Key was much nearer the mark when he told Ms O’Sullivan about his government’s doubts that Solid Energy could actually pull off its expansion plans.

As the utter fiasco of its foray into growing rape-seed in the South Island high country revealed, the skills required for such a challenging agricultural operation simply weren’t available to them.

Fifty years ago, the public bodies responsible for planning, overseeing and, in some cases, constructing New Zealand’s energy generation infrastructure were staffed with people who had been professionally trained at the state’s expense, guaranteed employment for life, and who were able to draw on decades of institutional memory and practical experience.

Twenty-five years of neoliberalism have put paid to the capacity and confidence these public organisations contributed to New Zealand’s economy and society. The great departments of state – like the Electricity Department – have all been corporatised, broken-up and/or sold-off to the private sector.

We continue to educate our young people at considerable public expense, but we do not guarantee them the secure and well-remunerated employment in New Zealand which would see our investment repaid in the vital currency of confidence and enhanced national capacity.

Our best and brightest no longer build Aviemores, Benmores or Clydes. Instead, they head offshore, where the money, the confidence and the capacity has all relocated.

If we’re ever going to make it here anymore, that will have to change.