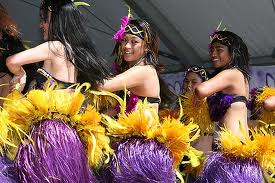 Auckland Council has branded the month of March as “Pacific-As” – an assortment of events that showcase dance, weaving, music, basketball and rugby. The website and pamphlet for these events is colourful and alluring to the eye, but perhaps not one’s conscience. In Auckland city, Pasifika people represent 12 per cent of the population and that’s expected to grow rapidly over the next decade. Our population structure is youthful with nearly 40 per cent under the age of 18 years.* We’ve long been known and treated as the group in Auckland who bring colour and dynamism to events with the ability to move with rhythm and elegance; just look at the difference the Samoan and Tongan communities made to the Rugby World Cup. Brass bands playing along the road to the entry of Eden Park, but that’s as far as they got because many of them couldn’t afford the tickets to go in and watch the game.

Last June hundreds of Pasifika people took to the streets of Auckland to lift the silence on deeply rooted issues of poverty – high unemployment, overcrowded houses, low wages, ailing health and poor educational outcomes… indicators of a growing social underclass. Yet the mainstream media outlets spent all their time writing stories about how they didn’t march with one clear message. With all these issues to deal with it’s no surprise there was no single message, but this is the kind of intellectual incapability we’ve come to expect of mainstream media who can’t grapple with complex issues. The challenge for genuine Pasifika ‘voices’ in advocating our needs, is that the media sell sporting and musical accolades as the veneer to cover the socio-economic issues that are bleeding us of a prosperous existence.

Just last weekend was the Pasifika festival which drew thousands to Western Springs. You could hear the music, drums (and laughter in some cases) from about the time you hit the motorway off-ramp. Around the park were smiling faces, full plates of taro, chop suey, curried chicken wings and that delicious Tongan drink otai. People stopped and embraced, catching up with others they hadn’t seen in a long time. Tertiary institutions were there trying to nab any possible recruit, political movements gathered all the signatures they could and the place every so often sounded, smelled and looked like our islands scattered throughout the moana nui a kiwa. But at 5pm, we went home again to predominantly west and south Auckland where the smiles and memories of those sounds, smells and surrounds are substituted for the reality of entrenched hardship… the side of Pacific-As that perhaps the Council – and definitely the media – don’t want reflected at its ‘March’ events.