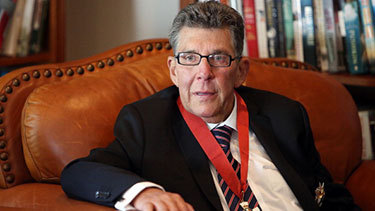 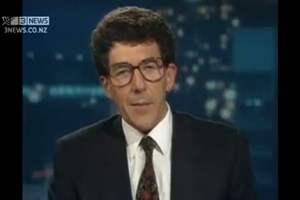 After the nostalgic tributes for Paul Holmes; his life, loves, achievements and travails, a major biographical question remains. Here was a self styled rebel against `repressed grey suited public servant New Zealand`, someone who regarded his nightly TV show as a creation of `outlaws frowned upon by the establishment`. And yet he ended life desperate for establishment legitimacy.

Donna Chisholm`s recent Metro piece tells the tale. After a convivial interview with Kim Dotcom Paul suddenly realizes that the PM might disapprove. `Oh fuck,there goes my knighthood`. Why the shift? Why was a formal accolade from the establishment so important to him? Well, the answer lies in history as well as biography.

Not only had Paul changed, the establishment had changed too. There are political analogies. Alan Gibbs, Rob Campbell and Neville Gibson were committed lefties in the 1970s and members of the new right establishment after July 1984. They resolved to dispense with the economic past in favour of a brave new `free market` world.

Recall those familiar voices. The economy is distorted and inefficient, Muldoonism/interventionism has failed and deregulation is necessary. You can`t turn back the clock. What’s passed is passed. We were living beyond our means. It is time for New Zealand to join the real world. Television, radio and glossy magazines celebrated the elegance, charisma and entrepreneurial skills of financial moguls such as Bruce Judge and Colin Reynolds. Images of the Barclays Index, the foreign exchange room and the Auckland downtown building boom gave the impression of dynamism, prosperity and progress.

The social markers of this panoramic vista were career success, material acquisition and self promotion. An emergent celebrity culture drew in the truly accomplished and the tragically desperate from all walks of life. Senior politicians from both major parties embraced the new outlook as did a new strata of public servants committed to the credo of neo-liberalism.

Meanwhile, the deregulation of broadcasting commercialised news, current affairs and other content. Advertising, sponsorship and product placement pervaded media space. Ratings became the absolute measure of programme success and audiences were traded as commodities by broadcasting organisations and advertisers. To legitimise this arrangement it was necessary to evaluate programme quality in terms of ratings and publicity. Thus, at TVNZ a team of American news consultants transformed issues based current affairs into infotainment packages designed for the commercial half hour. The new format played upon the emotional extremes of human triumph and disaster. Stories about heroes, villians and victims were interspersed with celebrity/entertainment items and occasional political interviews.

As media analyst Joe Atkinson observed, the overriding purpose was to build and maintain ratings flow between advertising segments. It was also necessary to conflate ratings, publicity and programme quality in the public mind. There was one man uniquely dedicated to this task, on breakfast radio as well as prime time TV- Paul Holmes.

His craziness, narcissism and volatility, his populist convictions were a perfect fit for the times. On Newstalk ZB and his nightly TV show Holmes exemplified the new celebrity culture. His private and public life merged in real time; media fame, marriage, adultery, marriage break-up, alchoholism, family P addiction, brushes with death, debilitating illness……..how could we not identify with the man, his imperfections and tribulations?

Yet, despite the heroic `warts and all` persona` Holmes was not a man of the people. Rather, he sided decisively with the new right establishment. In the Holmes Show opening credits the Auckland skyline appeared as a stand in for the country at large, a reminder to some that regional television news had been erased from the schedule.

From the South Island Holmes seemed to be the archetypical JAFA, his provincial origins notwithstanding. During the early 90s when `Ruthenasia`, beneficiary bashing, health cuts, public sector lay offs and the Employment Contracts Act divided the country Holmes forged close relationships with Ross Armstrong and Jim Bolger. As Helen Clark gained political ascendancy Holmes adapted. He was not so amenable to the Alliance, the Greens or to anybody who challenged neo-liberal economics and its rewrite of New Zealand history. Later in life, amidst personal difficulties and declining health Holmes` deference to the new right establishment was supplemented by deference to remnants of the old order; royalty,the governor general and the honours system.

These were not the actions of a pioneering, independent broadcaster, despite the fawning eulogies. To find THAT kind of broadcaster we need to ditch the nostalgia and look further back in time, when commercial values were less rapacious. Ah yes….I can see him now, aging as he comes closer. Cerebral and avuncular, his name is Brian Edwards and there are others with him, David Excel, Sharon Crosbie, Gordon Dryden, Ian Johnstone, Ian Fraser.

May their lives and times resonate as the Holmes mythology fades away.