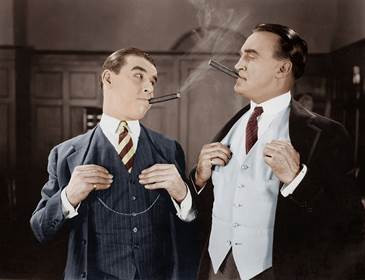 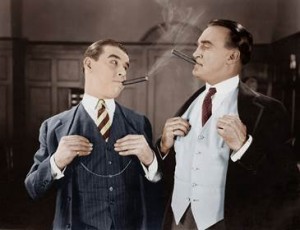 “Mighty River Power has given taxpayers a ‘two fingered salute’ with its refusal to answer simple questions [said] Labour’s SOE spokesman Clayton Cosgrove … Mighty River had responded to just 37 of the 133 questions and the answers received lacked detail.”

The Labour MP for Dunedin North, David Clark, agreed. “I don’t think we as a committee can effectively do our job on behalf of taxpayers unless we have the questions we have put to Mighty River answered.”

Extraordinary Mighty River’s behaviour might have been – but it was not unprecedented.

Thirty years ago, when a much younger Winston Peters and his winebox of documents were exposing the tax avoidance strategies of some of New Zealand’s largest companies, New Zealanders were treated to a very similar display of corporate disdain for democratic accountability.

Mr Peters was doing everything within his power to bring the major players in the so-called “Winebox Scandal” before the scrutiny of the Commerce Select Committee. Precious little support was forthcoming from either the National Government or the Labour Opposition, but the politicians’ unhelpfulness was trivial compared to the towering arrogance of the targeted companies and their legal advisers.

At one point it was even suggested that Parliament had no authority to question such exalted commercial entities. There were dark mutterings about seeking injunctive relief against the prying eyes of Mr Peters – as if the House of Representatives was a collection of errant schoolchildren in need of – and subject to – judicial reproof.

This was constitutional nonsense – as everyone familiar with the Bill of Rights Act of 1688 quickly pointed out. Even Mr Peters enemies bridled at the corporate sector’s disdain for the principle of parliamentary supremacy. It appeared not to know, or care, that the writ of Her Majesty’s justices did not run beyond the doors of the House of Representatives. Or that to suggest otherwise risked charges of Contempt of Parliament.

The arrogance of the corporates, both then and now, is, however, instructive. Contempt for the processes of democracy is one neoliberalism’s defining characteristics. Indeed, halting and then rolling back the economic side-effects of the democratic surge of the 1960s and 70s was neoliberalism’s whole purpose.

In the early 1990s, when the Winebox Scandal was in the headlines, the corporate sector’s triumphalism was unrestrained. The “historic compromise” between capital and labour which had distinguished the first thirty years of the post-war era had been smashed in the 1980s, and in 1991 the Soviet Union had simply blipped off history’s screen. Free market capitalism now had no rivals. Francis Fukuyama called it “The End of History”.

Twenty years on, and much of the gloss has come off Capitalism’s triumph. The Global Financial Crisis has exposed neoliberalism’s shortcomings to the degree that “corporate morality” has become an oxymoron.

But still the corporate leaders sneer at the pretentions of their parliamentary questioners. Not even the fact that the corporate entities over which they preside are publicly owned is sufficient to render them co-operative.

How is this disdain to be explained?

Simply. The tiny elite of obscenely remunerated business executives that run our economy have been presented with nothing even remotely resembling a threat to their ideological certainty. Eighty years ago, during the Great Depression, capitalism had to contend with a clutch of ideological competitors: rival systems which could point not only to a solid base of theory, but also to countries in which the theory was being put into practice.

Labour’s Clayton Cosgrove and David Clark, and the Greens Gareth Hughes, can criticise and question SOE board (bored?) chairs and chief executives all day, but until they present alternatives which pose an existential threat to the ideological hegemony of neoliberal capitalism why should corporate New Zealand respond?

The One Percenters who run this country will go on flouting the traditions of democratic accountability until someone, or something, from the other ninety-nine percent gives them a compelling political incentive to do otherwise.