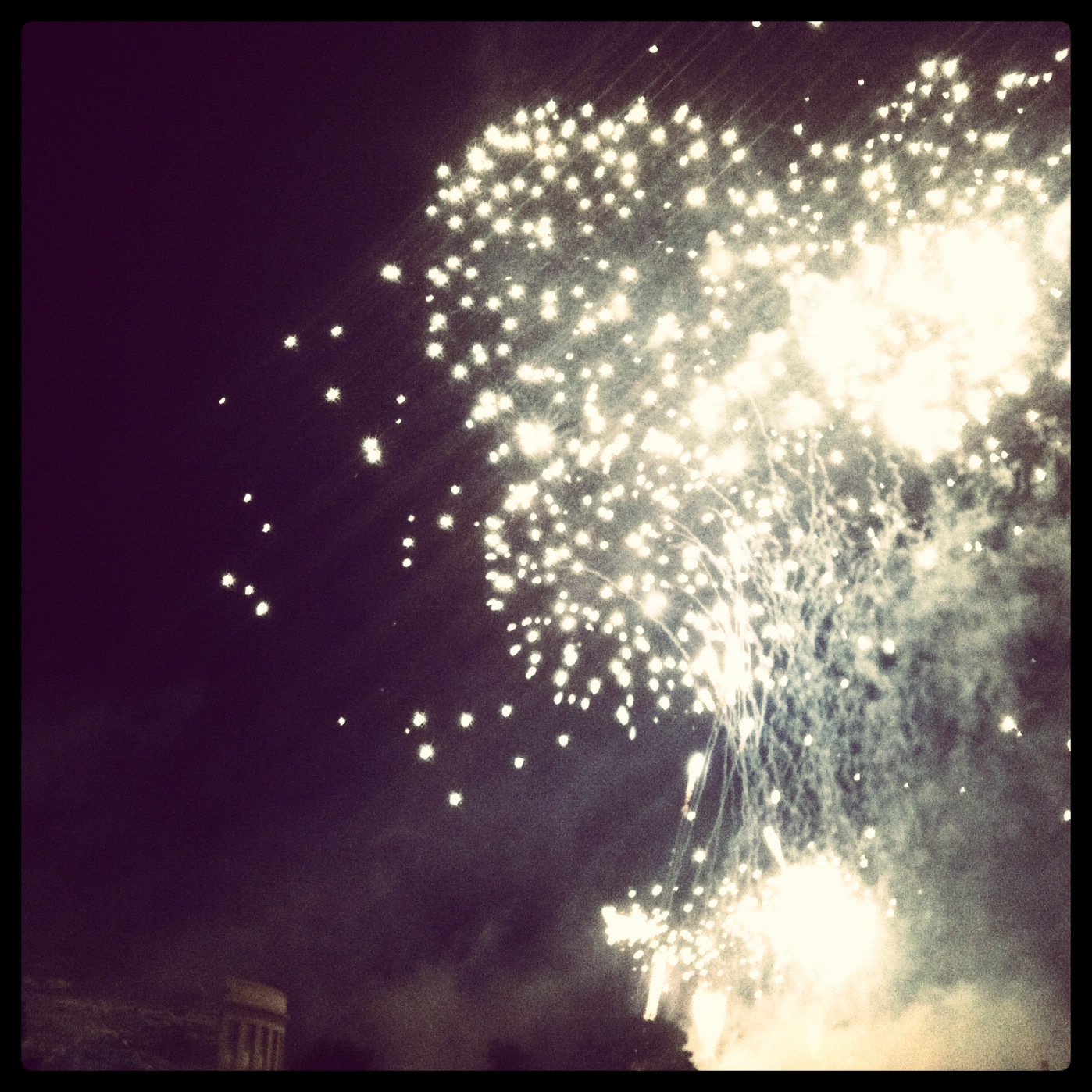 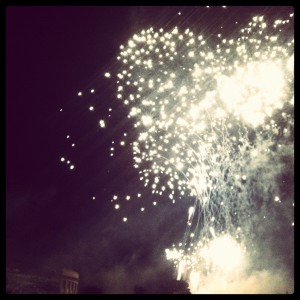 I have decided what I want to be when I grow up. It’s one of the people in the light-up suits with the spinning catherine wheel on the back. The rest of my family has decided the same thing so we could possibly form a troupe. I think we would find it hard to compete with The Breath of the Volcano though.

I have not been this excited by fireworks since watching Kim Dotcom’s extravaganza from the roof of the Skycity Grand. Last night filled me with the kind of awe fireworks used to when I was a kid. Ear-to-ear grin and sharp intakes of breath and eyes so wide they started leaking.

But it wasn’t just fireworks, no no. The side of the museum was used as a screen for light projections to great effect. Groupe F also had a cast of about 20 who wore light-up suits so that all you could see of them were sparkling figures across the bank.

The 55 minute show moved through different phases, using different equipment, inspired by the land, sea and air. Or so the program says. But I’m still trying to work out how the giant fluffy chicks in the futuristic city fit into that.

Also puzzling, was the French group’s choice to have a projection of three animated frogs blowing up a rainbow. I don’t care that it was nearly 28 years ago, and before I was even born, it’s still felt too soon to be making cutesy animations about it. However, the explosion of rainbow fireworks which followed was so spectacular that it mostly made up for it.

The flames arranged in a figure 8 that were choreographed and perfectly timed to music were a highlight. As were the fireworks that made the sky look like a giant golden glitter cannon had been let off.

This is a great family event so pack a picnic, take a rug and prepare to be filled with child-like awe and wonderment.

Pro-tip: Sit well away from the loos, the smell of disinfectant is overpowering. But don’t worry about getting too close to the front, you can see everything just as well from at the back.