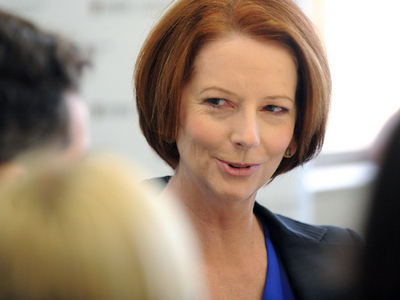 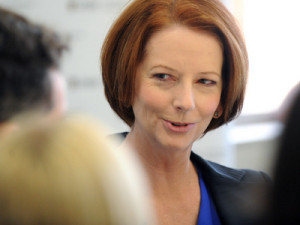 WHO THE HELL booked Julia Gillard into a hotel at “Rooty Hill”?

As if the beleaguered and deeply unpopular Aussie PM hasn’t enough troubles, her erstwhile supporters in the rest of Australia have just been given the punch line for a thousand water-cooler jokes.

That Gillard has been booked in for a whole week at Rooty Hill is evidence of how seriously her strategists are taking the polling data which now suggests the ALP could lose up to nine West Sydney seats.

And NZ Labour is doing just that.

Labour lost the Waitakere seat in 2008, and if David Cunliffe decides to walk away from politics, or, more dangerously (but much less likely) puts himself at the head of a breakaway party, New Lynn could well be next.

Why is it that formerly core Labour voting areas – both here and in Australia – can no longer simply be marked down in the red column as “Safe”?

There are multiple causes for Labour’s (and Labor’s) electoral base falling out of love with the party of mum, dad, grandpa, grandma, and mad old Uncle Wally. The decline of factory-based employment. Teenagers spending longer at school. The vast expansion of tertiary education and the aspirational inflation that goes with it.

In Australia it’s also important to factor-in the corrosive effects of years of political and union corruption. In New South Wales it led to a crushing Labor defeat at the last state elections. It was an emphatic repudiation of everything the party had come to stand for: a disaster which many Labor strategists fear will be repeated in this year’s federal elections.

The most significant factor in Labour’s and Labor’s long decline, however, is the loss (some would say the jettisoning) of their radical mojo.

In Australia and New Zealand the labour movement – in both its industrial and political guise – used to be about the sort of change that leaves human-beings, societies and economies transformed. From their beginnings in the millennial working-class movements of the Nineteenth Century, labour parties were convinced that they could – to quote the last lines of the old union song, Solidarity Forever – “bring to birth a new world from the ashes of the old”.

Oh yes, of course, they were also about a whole lot more mundane things: better wages; improved working conditions; public health and education; industrial development; but these reforms were incidental to the new heaven and the new earth that “democratic socialists” fervently believed Labour – and Labour alone – had the power to build.

Among the rank-and-file of the New Zealand and Australian labour parties there are many who continue to cling to these emancipatory and transformational ideals, but the parliamentary wings of Labour and Labor gave up on democratic socialism forty years ago.

After Kirk’s death and the Muldoon tsunami in New Zealand, and following the dismissal of Gough Whitlam’s Labor Government by the Australian Governor-General in 1975, Labour MPs in both countries decided that the powers-that-be would never again look upon their party as an existential threat to the capitalist status-quo.

Labour would no longer represent an alternative way of life, merely an alternative set of economic and social managers. Radicalism in office was not ruled out, but if and when it was applied it would only ever be on behalf of making the existing regime more effective and efficient for the people and corporations who owned it.

Labor’s strategists were convinced that this was the sort of party the upwardly mobile working-class Australians living in Rooty Hill were looking for. A Labor Party that could guarantee them a new house, a second car, and wages high enough to pay the kids’ school fees.

Hawke and Keating did just that – and little Johnny Howard and his Liberals made sure they kept it.

New Zealand didn’t fare so well. But, even here, enough people benefited from the big economic changes of the 1980s, to rule out any return by Labour to the politics of Savage and Kirk.

And yet … and yet … something is missing from the political equation. That sense of high and wonderful risk; of our collective reach exceeding our individual grasp; of there being something more to human existence than simply “ the beamer, the bach and the boat” which now appears to define the limits of Kiwi aspiration.

The voters, in some mental space they seldom visit, or even acknowledge, catch the echoes of that old Peggy Lee standard:

But, sadly, if that’s all there is, they won’t be dancing with Labor – or Labour.