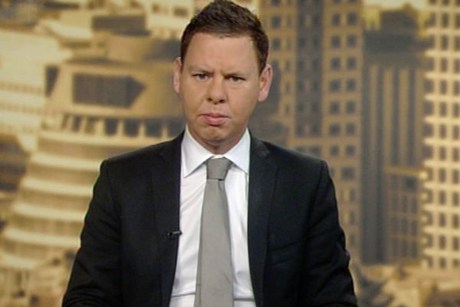 Patrick Gower’s latest blog is a test case example of how the mainstream media spin a reality that may or may not be based beyond their keyboard.

It is six weeks into the political year, and the Opposition finds itself waking up in those all-too familiar cold sweats.
For Labour, the Greens, Hone Harawira (and to a lesser extent, Winston Peters) the recurring bad dream is all too real: John Key is back on top again.
Yes, Key is in control once again – at a massive 51.4 percent in the 3 News/Reid Research poll.

STOP. We are 66 odd words in, and Patrick has another 1000 words brewing that all hang on his assertion that the 51.4% support for National is legit.

They were over their own margin of error twice in the month of the election, what the 3 News/Reid Research Poll has to say on any issue is about as dubious as Ken Ring’s earthquake and fishing to the apocalypse almanac predictions.

Gower spends the next 1000 words spinning a narrative to explain why Key is so popular according to a Poll that was outside their own margin of error twice in the month of the bloody election.

The 3 News/Reid Research Poll is gin soaked bullshit wrapped in a napkin of subjective crap and yet here is the top political head kicker of a TV Network effectively coming up with excuses as to why Key is so popular, he’s writing the spin for John Key. Gower is spinning the narrative all based on a poll that simply doesn’t stand up to scrutiny of how it performed in the last election.

I won’t even bother with the rest of his argument when the bridge he’s built to justify his conclusion is held together by snot and hope.

Gower isn’t giving an educated opinion, he is white noise.