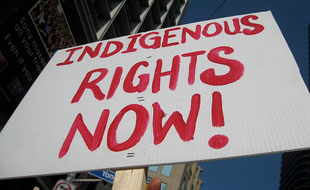 “In the Supreme Court of New Zealand… we dismiss the appeal”

You know when you’re reading a judgment of note. They’re artistic and intellectual.  The more elegant and stylistic Courts weave legal narratives with fables, religious imagery and – in those rare cases – pop culture reference. “In the Supreme Court of New Zealand” we enjoy… well… at least they’re easy to read.

In a unanimous decision, the Supreme Court held that the Crown’s decision to partially privatise Mighty River Power is reviewable for compliance with s45Q – the Treaty clause. However, the Court found that asset sales will not impair to a material extent the Crown’s ability to resolve Maori wai rights.

It’s important to note that the Court did find that partially privatising power generating SOEs would impair the Crown’s ability to resolve Maori wai rights, but any impairment had to be balanced against other considerations. In finding against impairment to a material extent the Court noted the “extensive” consultation, promises and undertakings made by the Crown. In concluding the Court comments that:

“The appellants have failed as to the ultimate result, they nonetheless succeeded on an important point of principle, namely that the Crown was bound to comply with the principles of the Treaty”

Law aside, the more important question to consider is more esoteric. Are judicial decisions responsible for taking the fire out of the Maori radical movement?

Indigenous sovereignty movements are burning bright and fierce. The Idle No More movement is reclaiming indigenous sovereignty and redefining the Nation to Nation relationship. Radical in intent and strategy, Idle No More might transform Canada’s constitutional order. The Aboriginal people of Australia are inching towards positive constitutional recognition and the embers of indigenous sovereignty are igniting across Spanish-speaking South America. In New Zealand, however, Maori are submitting to co-option. The Supreme Court’s decision, like Treaty settlements, is another way of co-opting Maori into the system.

Judicial decisions are made on colonial terms. Indigenous values and systems can be accommodated, so long as they are neither “repugnant” to the common law nor inconsistent with statute law. Court action requires Maori to accept that the only aspects or forms of tino rangatiratanga that will be and are capable of being recognised are those that can be couched in a western framework. Anything that can’t, well, it’s not on the table. The same principle applies to Treaty settlements. You meet on the government’s terms*. The government dictates the rules, makes the offer and induces the settlement under duress. If tino rangatiratanga is the question, the Courts aren’t the answer.

Court action is the pragmatic solution**, apparently, but it’s not the principled solution. And with every win for pragmatism, the relevance of the Maori radical movement – and the Maori systems that it stands for – is diminished and the principles of tino rangatiratanga are eroded.

**For the record, I place myself somewhere between a being a Maori realist and a Maori radical. And yes, that’s deliberately ambiguous.