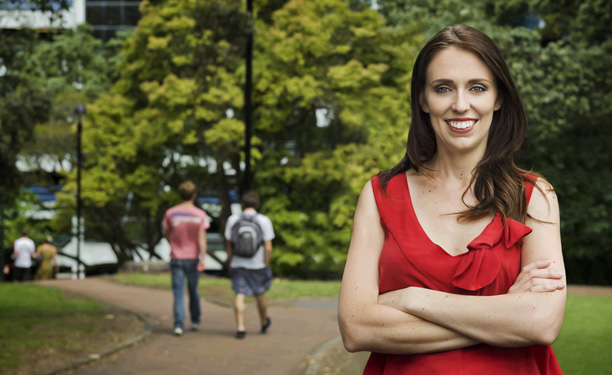 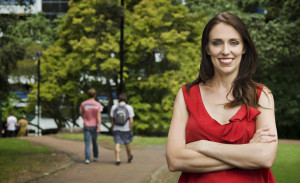 We have 270 000 children in poverty, a real unemployment rate in double figures and the highest inequality on record yet according to the latest Roy Morgan Poll, National are more popular today than they were on election night. Why has the land of egalitarianism turned its back on the poor?
I think that’s a fair question. What are we doing to make sure that we put a bit more collectivism into our voting, and this has been a long term battle by the left of the Party to try and ensure that when we reach the voting that we are getting into that vote, the question is whether or not that vote is paying it forward. Whether or not a vote for a tax cut is ultimately going to create a detrimental effect in our wider community and that ultimately is what happened in the last election.

Now I don’t think though its fair to say that its just about individualism and voting because actually by voting for a more collectivist approach all of us do better and that’s the kind of thing that books like the Spirit level have bourne out. So I’m not going to shy away from continuing to make that point, I live in Auckland Central and despite the fact that we tend to have a bit more deprivation in the inner city I have got to try and create a more collectivist approach to what we’re doing to ensure all of our communities are healthy.

We know the Government need to distract from bad news when they start bennie bashing. Why do we love to attack those on welfare so much?
Actually I went through an exercise after the last welfare announcement because we all talk about the fact that you see welfare reform when things are going badly for them and I thought that I might do a bit of a check and there is absolutely a correlation. Be it class sizes, be it ACC, be it dodgy Sky City pokie deals. Those have been the times when they suddenly make their welfare announcements.

We must stop, we do have to call time on Political Parties and it has happened time to time across the political parties. They have a tendency to pick on issues that resonate and the question is why does it resonate? What happened to our social security system that now leads the Human Rights Commissioner to declare beneficiaries as some of the most discriminated individuals.

I think that means that we need to come back to a place where we recognize our social security exists for all NZers at any given time in our lives, any one of us may require it and to continue to label and make assumptions about those who access social security actually harms the system for all of us.

It comes down to political leadership.

The working poor look at the pathetic hourly minimum wage and look at the welfare cheque with envy. Instead of blaming the union busting neoliberal policies of the early 1990s under National to explain why they get such a paltry amount, the working poor blame beneficiaries. How does Labour appeal to the better angels of their nature?
Something strange has happened, we now have this, what some people call ‘downward facing envy’. I think it is about inserting reality back into our discussions about what it is to have a life on social security. Actually that’s the wrong turn of phrase because it isn’t a life, it’s an existence.

But you are right to point out that for those who live on low income, on minimum wage do have a similar struggle. For instance when I talk about sole parent support, the amount some are on. I often ask my National Party colleagues how much is that and many do not know that a core main benefit rate for a sole parent is $293 per week before housing costs. Now to have a situation where people see that as something to envy says a) there is something deeply wrong about the way we perceive social security and b) that our working poor also need to be lifted up so that’s where lifting the minimum wage and sliding towards the living wage comes in. But also making sure that people are surviving on Government support.

In retrospect was the beneficiary on the roof analogy used by David Shearer misplaced?
Look it’s certainly not an anecdote that I would have used but I think David was making a separate point about the way some NZers had reflected to him. But I have said our biggest challenge is to push back against some of those assumptions for the betterment of all of us who at any time in our lives may need to access Government support and also push on some of the assumptions around the reasons why some may need to access them. At the moment I am embroiled in a battle over protecting beneficiary access service groups. You may wonder why we need something like that? Because we may assume that it’s a form of support open to everyone but at the moment access to Government support is very difficult.

I’ve heard of cases of someone who has tried to commit suicide multiple times who on their attempt to become well have sought Government support to survive and have been denied a sickness benefit.

I’ve heard of partners of terminal cancer patients who have sought Government support so they can tend to their partners in the last weeks of their lives being denied. Any fair minded NZer would have thought the system exists for those people and in many cases it doesn’t. We need to defend and uphold our expectations of what real social security should be.

What do you personally think of Paula Bennett?
I am fairly generous to most politicians in that I think that most of us want to do the job we do because we want to make positive change, and I would say that probably extends to Paula Bennett as well. I don’t agree though with the trajectory she is taking our social security system and I think that it is even more destructive because knowing she has accessed the services. She knows what a life on social security is like and yet some of the things that I think are important have been taken away.

Is she a hypocrite for taking away from other solo mothers an allowance that she herself benefitted from?
I get asked that a lot and everyone will have their own answers on that. My view is that I don’t improve anyone’s lot by gunning for her individually as a person but I will whole heatedly gun for the policies that she puts up. I didn’t agree with her changing the training incentive allowance and Labour will reinstate it. People certainly did draw out the point that she had accessed those services and have put labels on her. But ultimately I want to change the system and attacking her personally won’t do that.

Did Bennett show how out of touch she was when even after being reprimanded by the Human Rights Commission, to go on and claim that she would release personal information again if confronted with the same situation?
I don’t know if that is an example of being out of touch or an example of just holding a different set of values when it comes to how you operate. That’s certainly not how I would operate. It has changed peoples willingness to be upfront about what they are experiencing. As an opposition MP I constantly hear stories that you would be astounded by but I can’t share them. I’m not willing to put someone in that situation unless that is what they want to do, people are afraid. So it has changed I think peoples willingness to talk and share experiences.

Was her choice of being on Michael Laws’ talk hate radio show to discuss limiting solo mums from having children the sort of public dialogue a Minister of the Crown should engage in?
I’ve been on Michael Laws’ [show] so I’m not sure it’s the actual being on the show, but it certainly was a political act, there is no doubt. My biggest beef was with the policy itself. It could have been announced on Radio NZ and it still would have been wrong.

By lifting the thresholds to disqualify people from welfare, isn’t Paula simply hiding our poverty rather than than confronting it?
Yes I think we are in an interesting situation at the moment, you may have seen over the weekend that I challenged the Minister on the success of her welfare reforms because time after time she has stood up and said that the numbers demonstrate that her welfare reforms are working and I could no longer sit back and let that stand when it’s not true. Numbers have gone up under Paula Bennett, and in the areas where she is increasing sanctions. The flip side of that and I really want to be clear on is that I’ve used the numbers to demonstrate that her reform approach was wrong. When you’ve got a situation of high unemployment and all you are changing is the amount of time you are work testing someone and your sanctions, of course you are not going to improve anyones lot. At the same time though we’ve got to make sure that those people who need our social security system can access it and that is also not happening.

I am seeing more and more young people turned away when they have legitimate need. I see young people being told they won’t be able to access support unless they go on a boot camp style course. So we have a Minister who is not providing services and turning away those in need and I can’t let her get away with claiming success with such a punitive regime when that success does not exist.

With the partners of welfare fraud now being targeted, when will the Government move on rich housewives who know their wealthy husbands are avoiding tax?
I asked Chester Burrows this last year and he said it was different because tax fraud occurs away from the home. That is not a rationale that I buy. We want an equitable approach and it should apply to everyone and that will be what we will be battling for in select committee.

As the spokesperson on Social Development and Children, what is your pledge to those 270 000 kids in poverty?
We’ve got to do something differently and that is our absolute ambition. But instead of taking an approach which the Government has of waiting for the market to fix things and focusing solely on children being abused, we want to lift the well being of all children and thats where our thinking is in developing our policy.