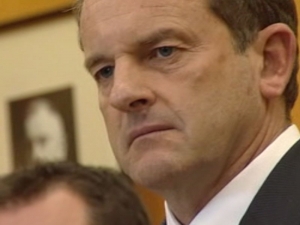 DAVID SHEARER’S “not sure” that the case for public ownership of state assets “stacks up”.

Quizzed on the subject by RadioLive’s Duncan Garner, the Labour leader refused to commit an incoming Labour-led government to repurchasing the privatised shares in the state’s energy generators, Mighty River Power, Meridian Energy and Genesis Energy.

Garner had made the proposition easy for him by pointing to the billions of dollars currently sitting untouched in the so-called Cullen Fund.

“Why don’t you commit, if these things are so important to you, to using the Cullen Fund to buy these back?” Garner asked.

It was at this point that Shearer responded: “You’re going to forego income on some other level if you go ahead and do that … I wouldn’t want to do that because I’m not sure that the economic argument stacks up, Duncan. That’s the first thing. And, secondly, I don’t know what the books are going to look like in 2014. To make a an enormous commitment like that – I mean we’re talking in the order of billions of dollars – in order to try and get some of those dividends that we would be losing as a result of selling up the assets today.”

Okay, fair enough, the Leader of the Opposition’s assessing the opportunity cost of spending billions of dollars on the repurchase of the state-owned energy generators – as opposed to investing the same amount in other kinds of state-owned assets such as the public education system, the health system or public transport.

But, wait a minute, isn’t that precisely the argument of the Minister of Finance, Bill English? Doesn’t he point to the parlous state of the Government’s books and ask us to indicate where, in the absence of National’s partial privatisation programme, he’s supposed to get the money for new schools, hospitals and roads?

One answer, of course, might be to reverse Mr English’s 2010 tax cuts – and then impose a swingeing surtax on the incomes of the top one percent of income earners.

Of course that sort of policy is unlikely to recommend itself to a National Party finance minister. A Labour leader, on the other hand, should have little difficulty in signing-up to such measures.

A more progressive fiscal policy would go a long way towards meeting the objections against repurchasing the energy companies which Mr Shearer raised with Duncan Garner.

Besides, repurchasing the assets would not represent a loss to the state, however they were re-acquired. They’d remain, after all, just that – assets – and would be represented as such on the Government’s books.

New Zealand governments of the future would be able to borrow against such valuable properties – offsetting the cost of the loans with the energy companies’ dividends.

The truly frustrating aspect of Mr Shearer’s comments (apart from their deeply demoralising effect on Labour Party members and supporters) is that they demonstrate such a low level of tactical skill.

Had his leadership of the Labour Party begun with a clear and unequivocal promise to repurchase – at cost – any assets sold by the National-led Government, then the entire partial privatisation programme would have been rendered moot.

No wonder the Right is so determined to keep him exactly where he is.