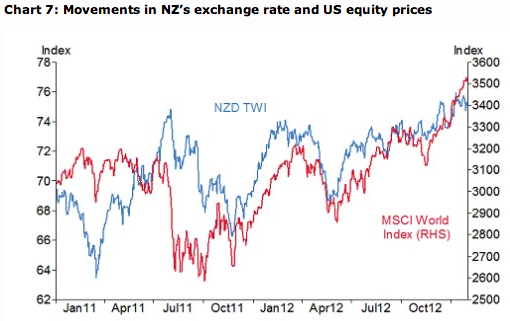 State Of It – By Selwyn Manning. 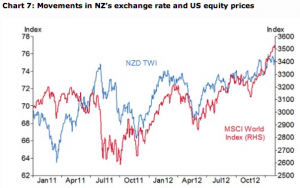 If signals are anything to go by then the New Zealand Reserve Bank governor’s message that he will intervene to bring the Kiwi Dollar down should he have to – is a win for the New Zealand opposition parties and an ideological loss to Prime Minister John Key and his Finance Minister Bill English.

For 12 months, the opposition finance spokespeople have been arguing intervention in the economy is necessary. In contrast, the National-led Government insists non-intervention is satisfactory.

On Wednesday, in a speech, the Reserve Bank governor Graeme Wheeler told NZ Manufacturers’ and Exporters’ Association members he “will intervene when the circumstances are right”.

His speech, in effect, endorsed what the opposition bloc has been saying since the first quarter of 2012: that the Reserve Bank currently has the power to intervene to bring the Kiwi down should a set of criteria be met. What has been in evidence is how the Government lacks the political willpower to abandon its ideology, think pragmatically, and drive forward with a practical solution to the domestic economic pressures a high-valued currency creates – especially in an export-led economy such as New Zealand’s.

The Reserve Bank governor told exports Wednesday that intervention is considered justified against the following criteria:

The question remains, will he intervene? Let’s see what he said. 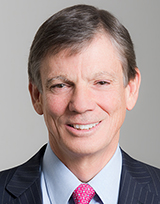 The governor Graeme Wheeler: “The Reserve Bank is prepared to intervene to influence the Kiwi. But given the strength of recent capital flows, we can only attempt to smooth the peaks of the USD/NZD exchange rate; we cannot determine the level. When the NZ dollar is coming under upward pressure, we want investors to know that the Kiwi is not a one way bet.”

In other words the governor is sending a signal to currency investors that when the Kiwi is being driven up, they should not count on the Reserve Bank maintaining the Government’s non-intervention policy.

Despite the Finance Minister suggesting the high value of the Kiwi has its merits, the Reserve Bank governor acknowledges the destructive elements it in part creates within the domestic economy and the ability of the private sector to remain competitive on external markets.

Graeme Wheeler: “The New Zealand economy currently faces an overvalued exchange rate and overheating house prices in parts of the country, especially Auckland. The Reserve Bank will be consulting with the financial sector next month on macro-prudential instruments.”

He has given an indication of what intervention methodologies he would exclude, including capping the currency and printing money.

The governor has ruled out quantitative easing, a method advocated by the Green Party: “[Quantitative easing is not justified in the New Zealand situation.” He has also warned that capping the currency as Switzerland has done would be “highly inflationary in the NZ context”.

Most people that follow politics will know the Kiwi has been breaking records against the US Dollar, the International Monetary Fund has stated the Kiwi is over-valued by around 15 percent, and workers know the incidence of jobs loses have become commonplace – particularly in the regions and provinces. 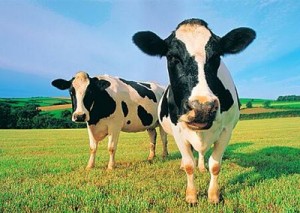 A mood among share-milker farmers is developing where the Government is seen as unresponsive to their wants. As the Maori Party is now largely indifferent to the plight of urban Maori, so is the National-led Government indifferent to sharemilkers. The Government’s primary interests rest with land and farm block owners rather than the share-farmers who are now shouldering the burdon of non-competitive, over-priced, export goods, – created in large part by an over valued currency.

Perhaps the Finance Minister, and the Prime Minister should spend more time visiting the farmers rather than the land/farm barons represented by Federated Farmers. If they did, they may have realised how out-of-touch their politics-inspired-line of last week was – that a high Kiwi dollar placed real value in the hands of workers. Last week they stated that a high dollar kept imported goods at competitive prices and made exporters more competitive. This week, in The House, they said the manufacturing/export sector was actually more productive now than it was in the previous fiscal year. Perhaps it is lost in translation, economic appraisal points can do that to a joker. But staff layoffs, rapid diversification, minimal assistance from trade diplos tasked with making ‘efficiency gains’, and a government defined by the status quo, closures, cancellations and indifference does not lead toward a National Party being swamped with private sector donations.

Are the opposition parties the beneficiaries of fighting fund donations? Who knows. But the message pushed by Labour, the Greens, and New Zealand First appears right on the money: with manufacturer and exporter job losses stacking up all over the country, the Kiwi must come down so as to give exporters a competitive edge so to return value back into the domestic economy.

The Reserve Bank governor agrees in principle with intervention. And his signal to exporters, and to the Prime Minister and his deputy, was not lost on currency traders… the Kiwi dipped from 84.61 US-cents to 84.04 US-cents in the hours after his Wednesday speech.

Is intervention in line with current monetary policy? You be the judge of that. But remember, the governor’s speech underscored that what is being considered is the method of intervention rather than whether intervention should be considered.

It appears Labour’s finance spokesperson David Parker’s thinking is more in-line with the Reserve Bank governor than, say, the quantitive easing route recommended by Green Party co-leader Russel Norman. But then, Norman’s thinking is closer to the governor’s than the Finance Minister’s view that intervention is not an option.

Will intervention work in cooling the currency down? If the governor’s speech is anything to go by, then yes, the mere fact that he publicly voiced his position on intervention, a veiled warning to exploiters not to bank on John Key’s non-interventon want – shed 0.5 US-cents of a hot Kiwi dollar within a few hours.

Once again if signals are important in politics, then the National-led Government, its Prime Minister and finance minister, have been kicked in the guts. The governor’s thinking also indicates to the opposition bloc that he could very well work with them should they pull off a win at the 2014 General Election.

It all boils down to one of two things: will the Prime Minister and his deputy hold to their ideology or permit the Reserve Bank governor to do his job?