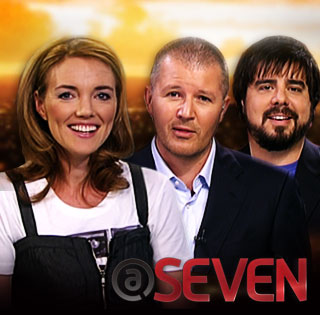 Lest we remember: TV3s failed version of Seven Sharp in 2010 was @Seven using the exact same failed format TVNZ adopted. 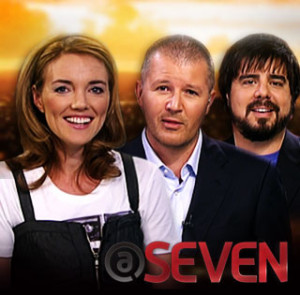 Blunt truth: Seven Sharp viewers quit in droves
The television battle for 7pm has tightened – with Seven Sharp losing almost 200,000 viewers from its opening on Monday and heading towards audience numbers close to rival Campbell Live.

Despite the ratings free fall, it won’t mean Seven Sharp’s immediate demise. The reason Seven Sharp was created was to satisfy the marketing and sales department, it had little to do with current affairs and that tens of thousands are fleeing it will have already been factored in.

TVNZ want 18-39, that they are pissing off anyone over that age doesn’t really matter.

The issue for TVNZ is that sadly for them, the youth audience are also leaving in droves.

The irony is that young people are facing heavier burdens of debt, poverty and unemployment than ever before and would respond well to a current affairs style that championed their concerns, but that isn’t Seven Sharp’s purpose. Seven Sharp’s purpose is sell 18-39 demo adverts, and advertisers want a depoliticized, non-critical space where people are consumers, not citizens.

Seven Sharp will continue to hemorrhage older viewers, and TVNZ won’t care about that, their focus will be on lifting the 18-39 numbers at 7pm. Horrifically the same people allowed to invent this Frankenstein monster of public broadcasting will probably get tasked with ‘rejigging’ the show and they will inevitably conclude that doing a flash mob on Queen st will be the way to regain ratings.

When people can’t afford to be consumers, they want to be citizens. Campbell Live has grasped that and is slowly winning, TVNZ however are in it for the quick buck, damn the consequences to their reputation.

Seven Sharp could well end up being the Melody Rules of current affairs. Luckily for TVNZ, most of the youth demo Seven Sharp are now targeting won’t understand that reference.